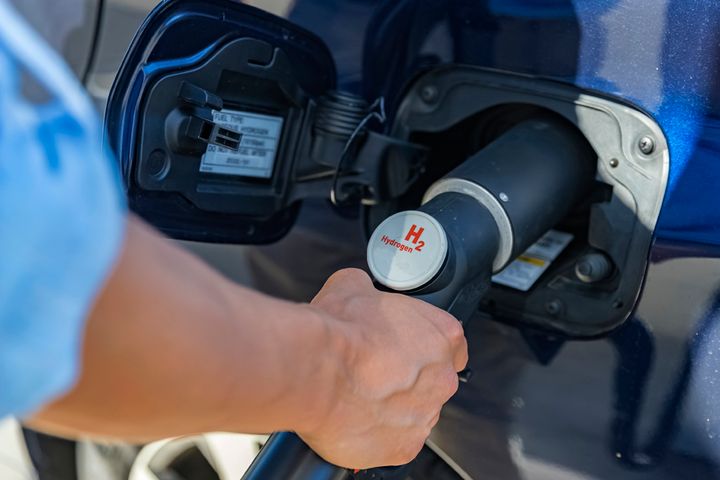 The station covers about 8,000 square meters and can refuel at pressures of either 35 megapascals or 70 megapascals, Xinmin Evening News reported. It can power up to 100 buses, 300 light commercial vehicles or 500 passenger cars each day.

State-owned carmaker SAIC Motor penned a deal with the industry park last year to build the station as part of a nationwide demonstration base for fuel-cell vehicle fueling stations. The manufacturer hopes the facility will speed up commercialization of its own FCVs and help turn Shanghai into a world-class innovation hub for the sector.

SAIC will also run its hydrogen-powered FCV80 buses at the park for daily commuters.

Hydrogen-powered cars are driven by burning hydrogen, so its only emissions are water. The vehicles are more efficient than combustion engine vehicles and are considered safer and more environmentally friendly.

The central government is also keen to push hydrogen vehicle development. On May 24, it laid out plans to build a 'hydrogen corridor' in the Yangtze River Delta region which it hopes will encourage FCV use.

The corridor will include four highways, each with hydrogen refueling stations, in Shanghai and Jiangsu, Zhejiang and Anhui province. The government hopes to have the new roads in operation in 2021.