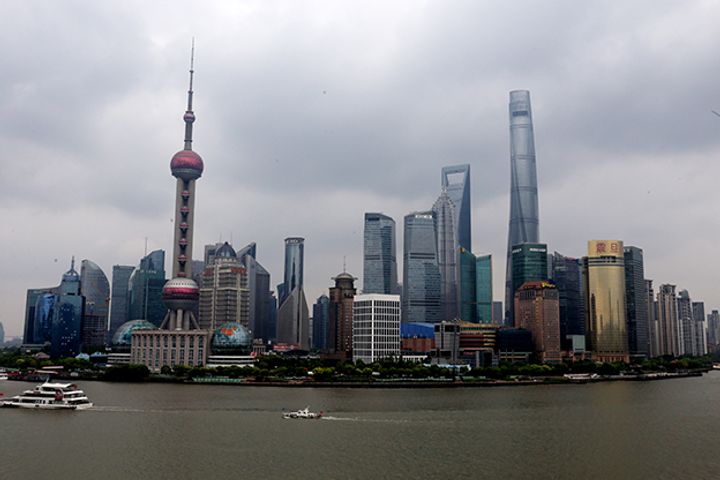 Shanghai Highlights Its Plans for Free Port and Science Center

The free port, based on the city's pilot free-trade zone (FTZ), has entered the planning stage and will be implemented after approval from the central government, Han said at a presser on the sidelines of the 19th Communist Party of China (CPC) National Congress in Beijing.

The government approved a plan in May to comprehensively expand the opening of the China (Shanghai) Pilot Free-Trade Zone. Han said this marks the "3.0 version" of the FTZ following its establishment in 2013 and the first growth in its opening in 2015.

Another major task for Shanghai is to accelerate the development of a scientific innovation center with "global influence," said Shanghai Mayor Ying Yong.

"The city government has decided to form a basic central framework of the scientific innovation center by 2020 and form its core functions by 2030," Ying said.

As a key part of the plan, the city will establish a Zhangjiang Comprehensive National Scientific Center in the Pudong New Area, which will draw in a batch of world cutting-edge major scientific facilities, as well as world-leading research institutes and innovation groups, Ying said.

To achieve that goal, Shanghai has planned a Zhangjiang Science City covering 94 square kilometers, which aims to be on a par with California's Silicon Valley, Singapore's One North science park and Japan's Tsukuba scientific town, according to the Shanghai Planning, Land and Resources Administration.

The city government has issued a set of guidelines to support foreign research and development centers based in Shanghai in furthering the city's scientific innovation center ambitions, Ying said.

More policies will be issued to create a "high ground for professionals" and serve the scientific innovation center, he added.