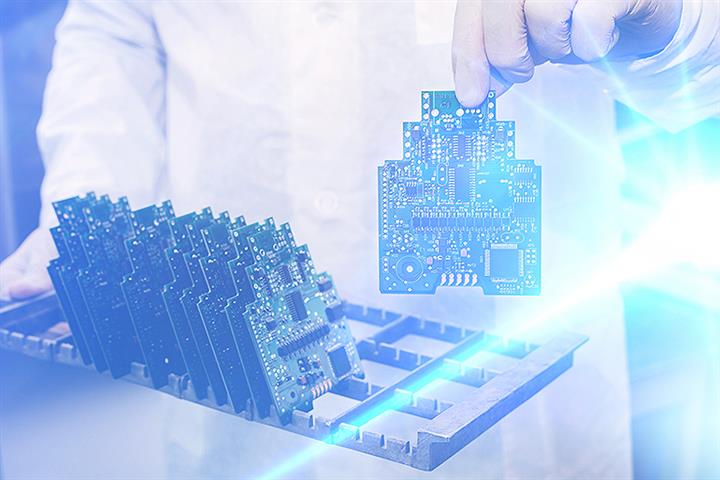 (Yicai Global) Aug. 22 -- Lingang Special Area, which was included in Shanghai's free trade zone in 2019, will accelerate the construction of its industrial layout in integrated circuits and smart electric vehicles, according to an official.

"Lin-gang is building a world-class, open, and modern industrial system at a quicker pace," Chen Jinshan, director of the administrative committee of Lin-gang Special Area, said recently at a press conference.

In the past three years, the volume of inked key project deals has topped 300, and their value exceeds CNY420 billion (USD61.5 billion), according to official data. Over 80 percent of the investment is contributed by 105 projects, each of which is worth over CNY1 billion (USD146.6 million). There are six mega projects with investments surpassing CNY10 billion (USD1.5 billion) each.

Lin-gang recently unveiled new three-year action plans for ICs, artificial intelligence, and other emerging industries. The area is upgrading its layout that used to be dominated by auto and equipment manufacturing. It now has four core industries, including those of ICs, biomedicine, AI, and civil aviation. Moreover, it counts high-end equipment manufacturing and smart NEV production as competitive industries. Finally, it considers hydrogen energy and green re-engineering as future-oriented industries.

The sector with the largest scale in Lin-gang is smart NEV manufacturing. It has more than doubled in scale for two straight years to be worth more than CNY179.4 billion in 2021, making up a fifth of the sector's total in Shanghai.

Lin-gang's auto industry scale will have another 100 percent gain in the next three years, according to Wu Xiaohua, deputy secretary of the party working committee of the area. That would mean the sector grows above CNY400 billion by 2025.

By 2025, Lin-gang's IC industry will be worth more than CNY100 billion, per the action plan. The idea is that key products of chip design will be among domestic industry leaders. Chip manufacturing techniques should reach global top levels with breakthroughs in key technologies.

Shanghai's administration has been prioritizing the development of the local IC industry. The sector was worth CNY250 billion last year with a 20 percent gain from 2020 to make up one-fourth of the domestic total. In this regard, Lin-gang, which has a sizeable IC industry, is committed to developing in accordance with the national strategy.

About 200 AI firms have so far set up shop in Lin-gang. The area will strive to have 500 firms engaged in businesses such as autonomous driving, smart terminals, intelligent chips, as well as software and data services by 2025, according to the plans. The value of these sectors should reach CNY50 billion.

By 2025, the hydrogen industry will be worth more than CNY20 billion in Lin-gang. It should basically cover entire industrial chains of core components for fuel cell electric vehicles and related equipment to become a new engine for Shanghai to build a world-class hydrogen innovation center.

Industrial enterprises in Lin-gang will reach a total output value of CNY500 billion by December 2025 and the average annual gain is 25 percent, per the plans. Also, three CNY100 billion-level industrial clusters of smart NEVs, high-end equipment manufacturing, and chips should be formed by then.