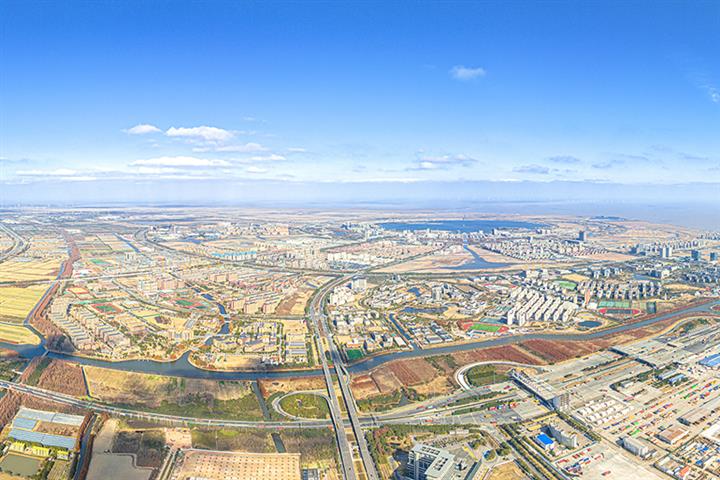 (Yicai Global) Sept. 19 -- The industrial park-themed real estate investment trust, initiated by Shanghai-based Lingang Group, was launched today. This is the first public offering of REITs based on standard factory buildings in China, and marked the implementation of another innovative financial measure in Shanghai.

The expected fundraising size could reach CNY824 million (USD117.6 million), with a corresponding product premium rate of nearly 13 percent, it said in a report today.

The product has attracted the participation of various investors, including banks, insurers, securities firms, public funds and trusts. And for the first time, foreign institutional investors have participated in investing in China’s infrastructure-themed public REITs, The Paper said.

The underlying assets of the REIT, as a whole, have realized stable operation, with the park’s occupancy rate reaching 99 percent, according to Lingang Group, which is the entity that developed industrial parks in the Lingang New Area of the Shanghai Pilot Free-Trade Zone.

The park’s cash flow has remained steady while it has maintained a stable growth trend, with an excellent overall anti-risk ability, the group pointed out.

As of now, parks runned by Lingang Group have gathered more than 10,000 high-tech corporations from both home and abroad, with the number of employees exceeding 400,000, and contributing more than CNY1.1 trillion (USD157 billion) in annual output, the report also showed.

Infrastructure REITs refer to the conversion of infrastructure assets with stable returns into equity-based financial products that are publicly offered and traded on stock exchanges.

China launched a pilot of infrastructure REITs in 2020, launching a total of 14 products on the market by the end of July, with a total issuance size of CNY54.1 billion (USD7.7 billion), public information shows.