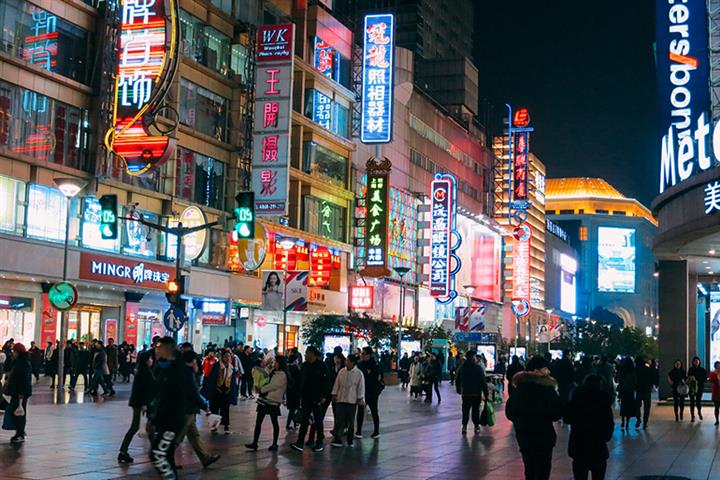 (Yicai Global) Dec. 3 -- Shanghai had the highest levels of consumer spending in China last year at CNY42,536 (USD6,670) each, with over a quarter of this going on food, tobacco and alcohol, according to the China Statistical Yearbook 2021. Beijing came second with per capita consumption of CNY38,803 (USD6,091).

Residents in the southern province of Guangdong were the second biggest spenders on food, tobacco and alcohol. Guangdong dishes are famous and people are more willing to dine out, said Peng Peng, executive president of the Guangdong Institutional Reform Research Association. The warm weather also means people have a more active nightlife.

Those living in the colder, northern climes, by contrast, spent more on clothes. Beijing residents spent the most on clothing at CNY1,803 (USD283), followed by neighboring Tianjin.

On average, a quarter of Chinese people’s outgoings went on housing. The amount rose 3.2 percent from the year before to CNY5,215 (USD818) each. Beijing and Shanghai residents spent the most, with the average outlay topping CNY15,000. Some 40 percent of Beijing resident’s expenditure went on housing, followed by Shanghai with 35.8 percent. Residents in southeastern Fujian province came third at 29.1 percent.

Spending on transportation and communications, such as phone and internet, was highest in the more sparsely populated western regions. Qinghai province, Ningxia Hui Autonomous Region and Yunnan province were the top three.

Expenditure on these items in the big metropolises of Beijing and Shanghai where the public transportation systems are well developed were much lower, said Ding Changfa, associate professor of economics at Xiamen University. Beijing residents contributed just 9.7 percent of the total and Shanghai residents 10.7 percent.