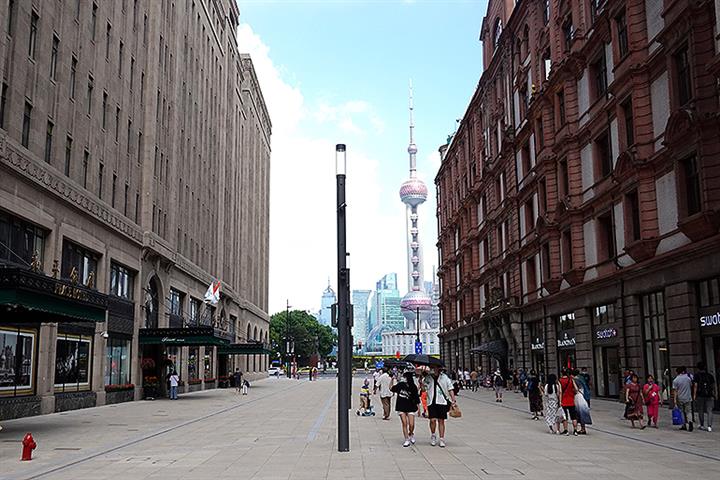 (Yicai Global) Aug. 31 -- Shanghai plans to hold four new major shopping festivals in the second half of the year to stimulate consumption in areas such as automobiles, home decoration, home appliances as well as gold and jewelry, a municipal government official said today.

There will be a Golden Autumn Shopping and Tourism Festival from September to October, a gala in honor of the China International Import Expo from mid-October to early November, an online shopping carnival from November to December and a New Year's Eve bonanza from mid-December to the Chinese Lunar New Year next year, said Liu Min, deputy director of the Shanghai Municipal Commission of Commerce.

The decision comes in the wake of a highly successful two-month-long Double Five Shopping Festival from May to July, initiated in the wake of the Covid-19 epidemic, which grossed over CNY500 billion (USD71.3 billion) in online and offline sales. Two hundred large commercial companies posted CNY68.4 billion (USD9.8 billion) in sales, 33.5 percent more than in March and April and up 4.5 percent from a year earlier, according to the Ministry of Commerce.

Shanghai will release a shopping app during the golden autumn festival and will also hold an opening ceremony for the Shanghai Tourism Festival to be held on Sept. 12, Liu said. The city will also have a ceremony to mark the Nanjing Road Pedestrian Street’s expansion and will start to build the Shanghai Consumer Market Big Data Laboratory.

Shanghai will continue to develop into a gathering hub for high-end consumer goods, support time-honored brands as well as new ones and promote the digital transformation of the bricks-and-mortar retail industry, he added.

Shanghai was the only city in China to achieve total retail sales of consumer goods of more than CNY600 billion (USD87.5 billion) in the first half. This figure reached CNY824.4 billion in the first seven months, a decrease of 8.9 percent from the same period last year and a further narrowing of the rate of decline from 11.2 percent in the first six months.