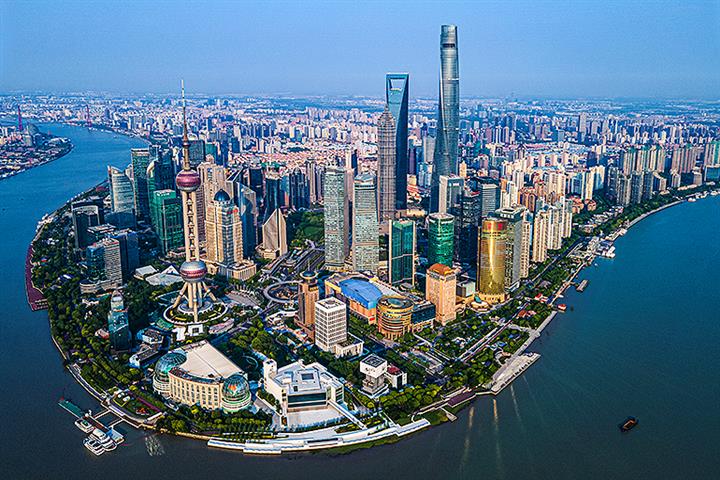 (Yicai Global) Aug. 10 -- To achieve the national goal of peak carbon emissions by 2030, Shanghai will promote energy saving and reduced emissions from buildings, the most overlooked source, by gradually increasing the proportion of ultra-low-energy buildings in new projects and upgrading existing ones.

The Chinese city will build more than 8 million square meters of ultra-low-energy buildings by 2025, according to an action plan the government released recently.

The construction industry is one of the major greenhouse gas emitters. Carbon dioxide emissions from buildings and construction projects accounted for 37 percent of the world’s total emissions last year, higher than the 23 percent contributed by transport, according to data from the United Nations Environment Programme.

From 2026 to 2030, the proportion of new residential buildings with ultra-low-energy standards in Shanghai will increase from 50 percent to 100 percent. By 2030, Shanghai will complete the energy-saving renovation of more than 80 million sqm of existing properties, 6 million sqm of which will have an average energy-saving rate of at least 15 percent, according to the plan.

The density of buildings in Shanghai is relatively high, and most are high-rise blocks, so there is only a limited space for renewable energy, Xu said, adding that the city should keep prioritizing energy efficiency to cut emissions in this stage and guide market players to actively participate in the low-carbon transition through policies.

Emerging technologies can be a major contributor to low-carbon transformation in the building industry, Xu noted. For example, through the Internet of Things and artificial intelligence, people can better control energy use in complex buildings, he said.