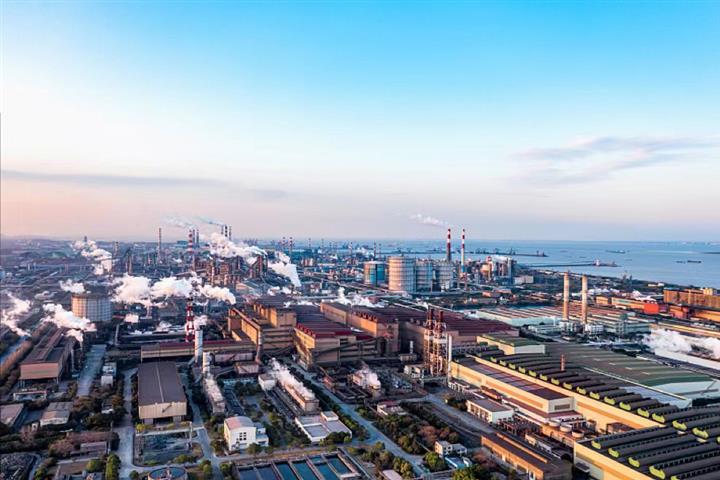 Shanghai to Speed Up Decarbonization of Steel Production

(Yicai Global) July 29 -- Shanghai, which is home to the world’s largest steel company, will accelerate the transformation and upgrading of the city’s steel production processes in order to reduce greenhouse emissions and meet the country’s carbon peaking and neutrality targets ahead of schedule.

Baowu Group, as the city’s representative case, is aiming to increase its scrap ratio, or the proportion of raw materials used in the steelmaking process to the metal output, to 30 percent by 2030 by improving its scrap recycling and blast furnace performance, according to an action plan released by the municipal government yesterday. The higher the scrap ratio, the more efficient the steelmaking is.

In order to realize the country’s goals of achieving carbon peaking in 2030 and carbon neutrality by 2060, the country’s steel industry has been instructed to reach peak carbon emissions by 2025 and then cut emissions by 30 percent by 2030, Yicai Global has learned. This is expected to cut greenhouse gas emissions by 420 million tons.

Baowu said previously that it plans to be ahead of schedule and achieve carbon peaking in 2023 and carbon neutrality by 2050.

Chinese steel companies should accelerate M&As in order to weed out entities with outdated technologies and low production, Wu Wenzhang, chairman of industry portal Steelhome, told Yicai Global. Meanwhile the low-emission and eco-friendly ones will usher in greater development.

Shanghai will also urge steel companies to use clean energies instead of traditional coal-fired blast furnaces and to develop energy-efficient and low-carbon technologies such as using natural gas to replace coal, hydrocarbon-rich recycling blast furnaces and microwave sintering, the plan said.