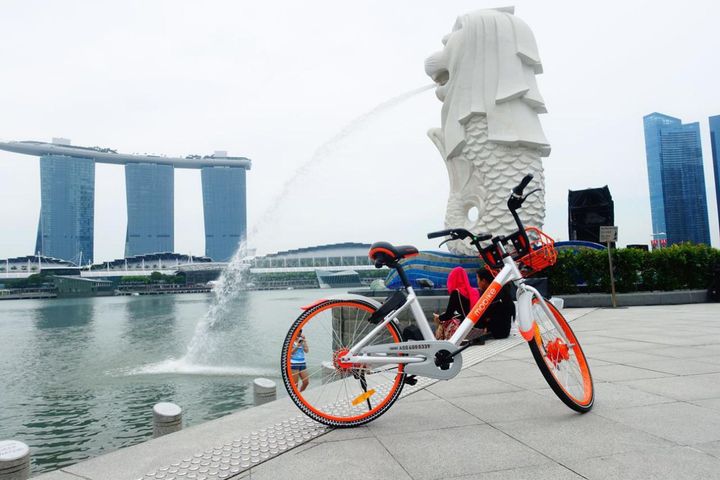 Shared Bikes Peddle Into Overseas Markets, Fizzle in the US and Singapore

Even as they offer services in the booming domestic market, bike-sharing brands such as Beijing Mobike Technology Co. and Ofo Bicycle Co. are also rolling into markets overseas.

From the US to Singapore, from the UK to Japan, Chinese bike-sharing service providers are working hard to create a 'new business card for smart services provided by Chinese companies' that is internationally recognized . During this process, residents of Manchester and Oxford in the UK had a go and showed off their shared bikes online, while people in the US and Singapore appeared underwhelmed. Bike-sharing has thus played to mixed reviews abroad.

Mobike officially rolled out its services in Singapore this March to try to build its foreign brand, as China National Radio reported yesterday. However, now that more than four months have passed, only a small number of bikes have been placed onto the streets. Some bikes have even been confiscated because of unruly parking. Reports also said that local companies have roundly criticized Ofo bikes for charging an overly low price, failing to pay public space usage fees, and engaging in unfair competition.

However, unlike Singapore and the US, residents of British cities such as Oxford and Manchester have proven more receptive toward Chinese firms' bike-sharing services. Louise Upton, a member of Oxford City Council, believes bike-sharing is an excellent model that more people should use. However, though she does not find shared bikes annoying, she feels they must be properly managed. The city welcomes bike-sharing, and will not reject shared bikes, but also does not want to feel that yet another poorly-parked bike has popped up on its streets, she said

An adaption to the business model in the future promotion of bike-sharing will be necessary, said Adam Workman, head of New Venture Support & Funding at Oxford University Innovation. Unlike China, the UK lacks sufficient space to store bicycles, and so will focus on areas where bikes are not widely available. Britain already has many bicycles, and does not need to buy new ones as the space to park them is lacking. The UK's business model of bike-sharing will thus differ from China's, he said.

When Baicyle rolled out its service in Japan not long ago, it reached an agreement on shared-bike use with several key universities there, making it clear that parking spaces in different universities could be used. Many Japanese said they would very much like to ride a shared bike if they ever see one, since walking to work is very hot and uncomfortable in the summer.

Why are bike-sharing companies so anxious to establish a presence overseas when the domestic market is still not fully fledged? Since competition among bike-sharing firms is still in the first heat, companies hope their bikes can fill the streets as quickly as possible to let investors see their expansive prospects and great expectations, said Zhang Siding, co-founder of Ofo.

Only when investors and operators fully consider local laws, transport and city planning can they gain a steady foothold in the rapidly-developing technologicalwave and forge ahead amid new competition, said Zhang Lidong, executive editor of China Civil Entrepreneur.