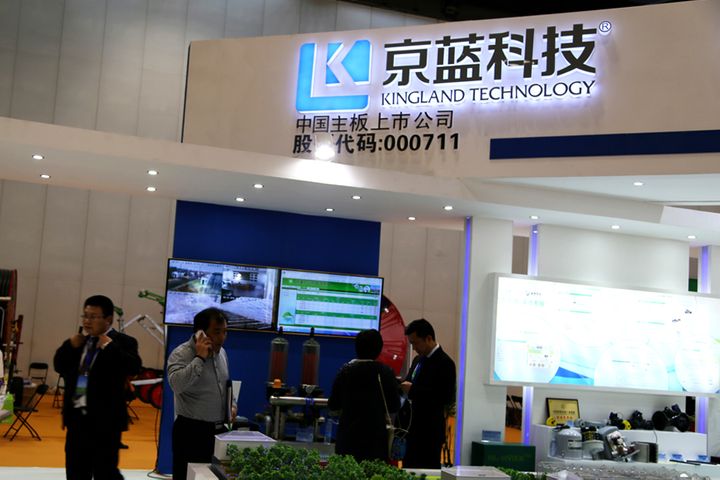 (Yicai Global) Oct. 28 -- Kingland Technology has developed an agricultural produce tracking system that uses blockchain technology and which is already in use in several provincial-level administrative units in North China, Kingland announced yesterday.

The Beijing-based firm's shares [SHE:000711] soared to the daily 10 percent limit up at CNY5.23 (USD0.74) and halted trading under bourse rules immediately after today's opening.

Blockchain shares have caught fire since the Central Committee of the Communist Party of China highlighted blockchain as one of the core technologies to prioritize during a meeting on Oct. 24. Numerous shares related to the decentralized ledger rose by 5 percent today and dozens of firms reached the daily limit rise.

The company, which is a unit of Haonongyi Electronic Commerce, independently developed the system, which is already registered with the State Internet Information Office, per the announcement.

The system is supplying farm product tracing services in Hebei province, the Xinjiang Uighur Autonomous Region, the Ningxia Hui Autonomous Region and other areas. The company is cooperating with Alibaba Group Holding and the Xing'an League rice paddy project in Inner Mongolia to provide full-procedure tracking services from planting to processing to transport to wholesale, the announcement added.

The system utilizes advanced agricultural production control equipment set up in the field, with sensors creating an Internet of Things that reads and records soil, water, fertilizer, crop growth and farming operational data that is transmitted directly to Kingland's production blockchain to ensure it is authentic, reliable and tamper-proof.

The system not only provides government with highly-effective oversight Kingland said, but also confers on consumers an accurate means of verifying the quality of agricultural produce.