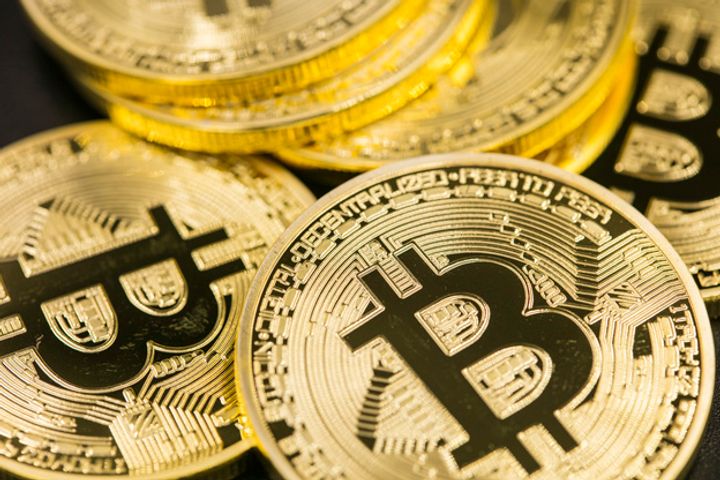 (Yicai Global) Feb. 6 -- Bitcoin mining hardware sellers in the Chinese city of Shenzhen in southern Guangdong province are falling on hard times following the heavy falls in cryptocurrency prices over the past few weeks.

"We're selling the machines at a loss," said Mr. Wang, a bitcoin mining hardware seller based at SEG Plaza, Huaqiang North Road in the city.

The bitcoin boom turned the business into a 'gold mine' for Wang and other mining machine sellers in the city. However, a tumble in bitcoin price in recent weeks has led to a slump in hardware sales. Sellers are finding it increasingly difficult to get rid of stocks that they previously bought at high prices.

A Russian businessman bought some A3 Antminers produced by Bitmain Technologies Co. for over CNY40,000 (USD6,357) per unit. He originally planned to resell them to miners back in Russia at a markup. As it turned out, however, the product's price kept falling by CNY1,000 (USD158) to CNY2,000 every day, and he had to sell them off for about CNY30,000 per unit in the end. This real-life example has gone viral on WeChat within Shenzhen's bitcoin hardware selling community.

How the Market Collapsed

Bitmain Technologies released the A3 Antminer for an ex-factory price of CNY20,800 on Jan. 17, 2018. Only 6,000 pieces were offered in China and overseas markets.

Its price soared at first due to limited supplies. The machine was priced at around CNY40,000 at SEG Plaza on Jan. 24. During an interview with Yicai Global on the same day, Wang told our reporter that he was worried because hardware prices move in lockstep with the bitcoin price, and any hint of trouble on the market may seriously affect hardware sales.

His worry became a reality. Bitcoin price has gone downhill since late last month, and so did A3 Antminer's price after hitting a peak of CNY45,000 on Jan. 26. The A3 price went into a freefall and currently stands at about CNY30,000.

We are selling the products at a loss now, Wang told our reporter on Feb. 4. "The Chinese New Year is near, but I have a lot of stock left, so I want to sell them off…I still have more than 40 S9 miners right now. I've sold them three or four days ago, but the buyers have not decided when to collect them as prices are falling every day."

In some cases, buyers scrapped purchase contracts altogether because they realized that it was cheaper to buy the machines at the latest prices even if they had to lose the deposits (typically 30 to 50 percent of the full price).

Unlike the A3 edition, the S9 Antminer has always been the best-selling model since it was released in Huaqiang North, but its price has also been badly affected by the bitcoin market downturn.

"S9 was priced at slightly over CNY20,000 at first, and it peaked at CNY34,000 in late November and early December. Some sellers even marked it up to CNY35,000 back then, but now it hovers at around CNY20,000," a sales representative at SEG Plaza surnamed Sang told our reporter.

Many sellers in Huaqiang North have switched to the drop-shipping model to minimize risks. Their markups are usually a few hundreds of yuan. Sang's store offers almost all popular models, but it does not stock them. "The client sends us a request, and we find the product for him. Risks are completely eliminated because we stock any product," he said.

"S9's price started to fall in mid-December, and it has plunged to around CNY20,000 now, meaning that all old stock is sold at a loss today," he explained.

The price cuts first started with the Dash Coin Antminer D3, one of the first digital currency mining machines sold in Huaqing North, as well as the most volatile in price. The dive in D3's price triggered a wave of panic selling on the market.

D3 first appeared in Huaqiang North in July or August 2017. Back then, it was priced at slightly above CNY20,000. It climbed to over CNY30,000 in the following months until the onset of the downturn in late Sept. and early Oct. The D3 pricing once dropped to a few thousands of yuan and currently stands at around CNY10,000.

Prices Are Decided by the Profitability of the Coin Mining Business

So how is mining hardware priced? Supply and demand is one of the considerations. More importantly, however, since they are used for coin mining, the realizable profits of mining businesses are the decisive factor in mining machine pricing.

For example, just 10 days ago, A3 miners were priced at twice the ex-factory price, but back then buying the machine was still a profitable investment, because an A3 miner could generate more than CNY2,000 in profit (mining efficiency decreases by the day) every day, meaning that the payback period was less than 20 days.

Bitmain Technologies has the biggest pricing power. The firm has an over 70 percent share of the mining hardware market, and its founder and chief executive Wu Jihan is touted as the richest man in the bitcoin world. Apart from bitcoin miners, it also produces litecoin and Dash mining machines. Sellers and miners believe that the company prices the products based on the amount of profits that they can potentially deliver for buyers.

Bitmain started to accept A3 bookings on its website on Jan. 28, and the delivery period was set between March 20. and 30. Second batch A3 machines use exactly the same components as the first batch, but the price was only one-third of the original (CNY20,800).

However, both sellers and buyers accepted the new price, because the new products will create less bitcoin transaction records than their predecessor did, and as a result bring a decrease to the total amount of bitcoin available and an increase in the number of miners. In other words, the new machines will yield less profits for buyers.

So far this year, mining machine prices have fallen in lockstep with the value of cryptocurrencies. The most popular digital currency today, bitcoin saw its price take a dive last month and early this month. It once dropped below USD8,000, marking a slump of 60 percent from the peak level (CNY20,000) last year. All other minor currencies also joined the downtrend. Dwindling profits in the mining business have translated into price cuts on the hardware market.

"Hopefully bitcoin's price will recover in future," Wang told a client. Contrary to their hopes, governments across the world are looking ever determined to ratchet up regulation efforts on the cryptocurrency market.