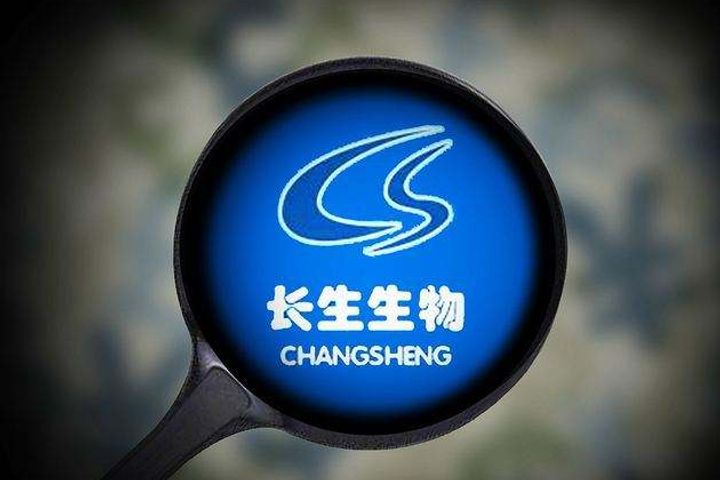 (Yicai Global) July 24 -- Shenzhen Stock Exchange has banned top shareholders and executives at Changsheng Bio-Technology from selling their shares in the company that made fake rabies vaccines.

The bourse is restricting major shareholders, directors, supervisors and senior executives from selling shares in the Jilin-based firm to ensure they comply with watchdog regulations, the exchange said in a statement yesterday.

The China Securities Regulatory Commission is investigating the firm for violating information disclosure regulations. If it finds the company broke the law or transfers the case to the Public Security Bureau, Changsheng's stock may be hit with an at risk of delisting warning, suspended or even terminated, the statement added.

Shares in the company [SHE:002680] have hit the 10 percent daily limit for six straight trading days as stock has plummeted across the sector. The CSI 300 Healthcare Index, which tracks 22 pharma stocks listed in Shanghai and Shenzhen, has slid 6.2 percent to 11,424.2 since the State Drug Administration revealed on July 15 that Changsheng had been falsifying production data for freeze-dried rabies vaccines, sparking national outrage.

The SDA revoked the company's Good Manufacturing Practice certificate for the inoculation, but the scandal was amplified on July 18, when the local drug administration concluded a year-long investigation by fining Changsheng CNY3.4 million (USD510,000) for producing substandard vaccines to prevent diphtheria, tetanus and pertussis in children. The bourse will monitor operations and issue related warnings as necessary.

China's top officials, President Xi Jinping and Premier Li Keqiang, have both spoken out against the company and demanded an inquiry into the issue. Xi labeled the safety scandal as "vile" and "shocking," while his number two said they crossed a moral line and that the whole nation deserves an explanation. The State Council, China's cabinet, has already sent a special working group to investigate the firm.