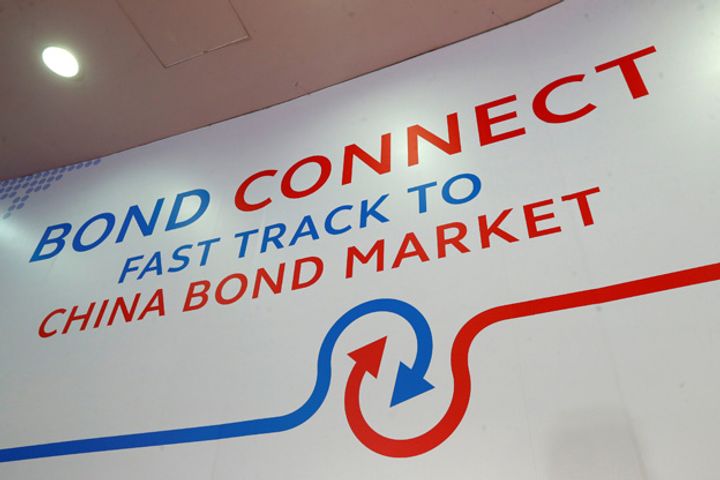 (Yicai Global) March 7 -- State-owned Shenzhen Energy Group has been the first to embark on the Bond Connect scheme between China's mainland and Hong Kong, launched 20 months ago.

State-owned Shenzhen Energy Group issued CNY710 million (USD106 million) worth of bonds on the Shenzhen Stock Exchange with a nominal yield of 4.05 percent. Some 16 institutional investors took part, including two overseas ones. The electricity and natural gas group aims to issue CNY1.65 billion (USD246 million) worth of bonds in total to build a waste-to-energy plant.

Launched in July 2017, Bond Connect is a market access scheme that allows Chinese mainland-based investors and Hong Kong ones to trade on each others debt markets.

The move is conducive to attracting more foreign investors to participate in the construction of the nation, as well as integrating the Guangdong-Hong Kong-Macao Greater Bay Area, said Yu Hao, the chief financial officer of Shenzhen Energy.

At the end of 2018, over 500 overseas institutional investors had taken part in the Chinese bond market which had a scale of CNY85.7 trillion (USD12.8 trillion). Their investments accounted for 6 percent of the total.