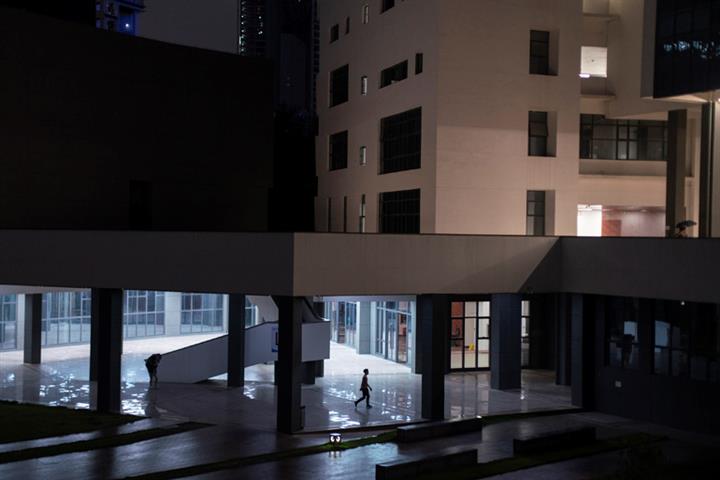 (Yicai Global) June 1 -- Almost a quarter of high-end offices in the Chinese economic powerhouse of Shenzhen were unoccupied in the first quarter and some rents were cut by as much as half as the Covid-19 epidemic took its toll, the Securities Times reported today.

Office rental costs fell 45 percent to between CNY120 (USD16.82) and CNY180 per square meter, agents at online real estate brokers Beike Zufang and Lianjia Group said. This could still drop further to around CNY70, they added.

Commercial activities have yet to be resumed and the virus’ impact on the rental market is likely to continue into the second quarter, Chicago-based Cushman said. Softening demand will put great pressure on Shenzhen’s A-grade office rents this year and the vacancy rate is likely to rise further.

Market forces are also behind the drop in occupancy. An additional 300,000 square meters of A-grade offices were made available in the first quarter on top of the city’s existing 5.8 million square meters of office floor space.

A number of factories are also moving out of Shenzhen to more competitively priced neighboring cities such as Dongguang, Huizhou and Foshan. Shenzhen has a limited amount of land available for development and the cost of rents, wages and raw materials has risen.

The relocation of production lines to surrounding cities will not affect the integrity of Shenzhen’s industrial chain, said Guo Wanda, executive vice president of the China Development Institute. But if factories move further away or even abroad, the city will have to take measures to ensure the chain is complete.

Shenzhen is designed to be a hub for technological innovation, scholar Jin Xinyi said. The ideal outcome would be if low-end industries shifted to less developed surrounding areas, leaving high-end businesses in the coastal city.