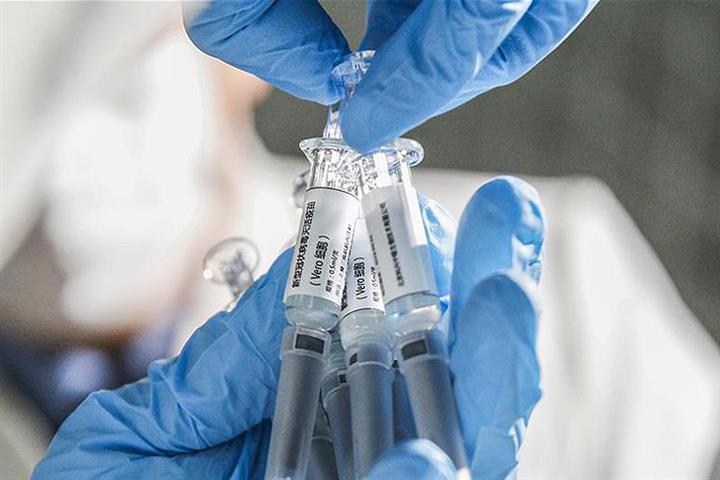 (Yicai Global) Sept. 11 -- None of the participants in clinical trials of China National Pharmaceutical Group's two inactivated Covid-19 vaccine candidates have reported infections or major adverse reactions, according to the developer's general counsel.

A global race is on to come up with an effective vaccine for the coronavirus, which has so far killed more than 900,000 people, from among dozens of candidates being developed around the world.

AstraZeneca said on Sept. 8 that it will pause clinical trials of a shot being developed by the British-Swedish pharmaceutical giant and Oxford University after a participant in the UK became ill. That is standard procedure, according to the World Health Organization, as the safety of new vaccines is essential. Further tests on the volunteer will be carried out before those trials can resume.

Among China's three inactivated Covid-19 vaccine candidates approved for clinical trials, two are developed by CNBG, Science and Technology Daily reported Zhou as saying. The first recipients were people at risk of infection due to their work as medical staff or diplomats. They got their first doses months ago, proving that the vaccine is effective, he added.

A coronavirus vaccine being co-developed by CanSino Biologics and a research team with China’s Academy of Military Medical Sciences also has had no serious side effects as of Sept. 8, The Paper reported yesterday, citing the firm’s chief scientist, Dr. Zhu Tao.