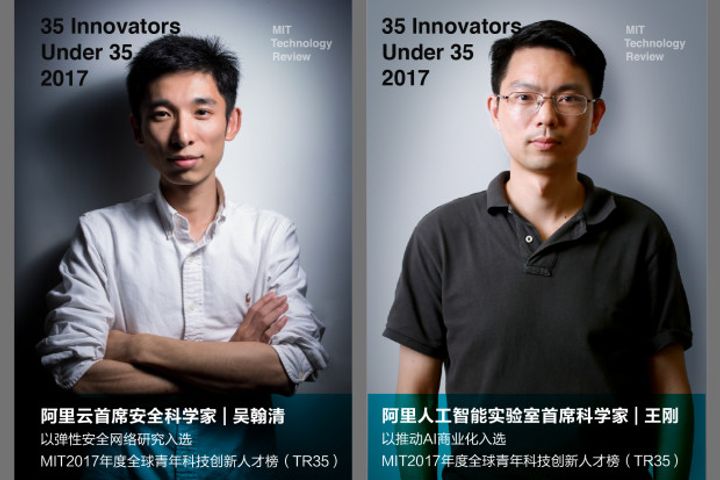 (Yicai Global) Aug. 17 -- Science and technology magazine MIT Technology Review released its 35 Innovators Under 35 2017 yesterday. Six of the talents on the list are Chinese, and two of them are from China's e-commerce giant Alibaba Group Holding Ltd. [NYSE:BABA].

Google co-founders Larry Page and Sergey Brin, Linux operating system inventor Linus Torvalds and Facebook Inc. [NASDAQ:FB] founder Mark Zuckerberg all have been on the list in the past.

Wang Gang was a professor at Nanyang Technological University in Singapore and joined Alibaba's AI lab in March. He is responsible for the development of machine learning, computer vision and natural language processing. Wu Hanqing joined Alibaba in 2005 and participated in the creation of application security systems for the group's Taobao, Alipay, Alibaba Cloud and other platforms.