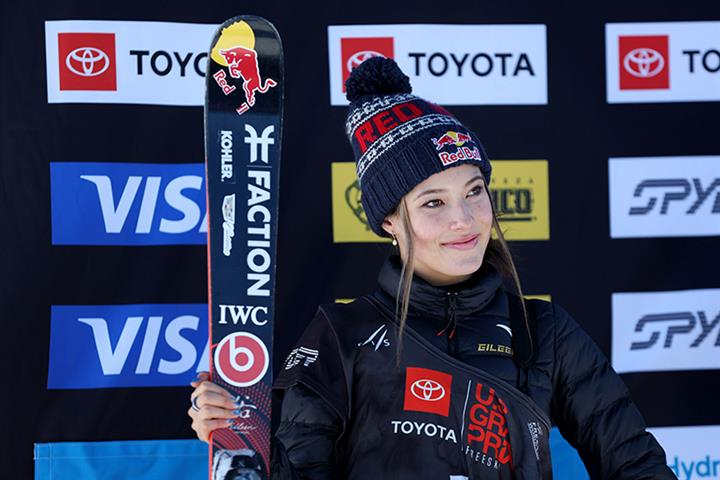 (Yicai Global) Jan. 26 -- The upcoming Beijing Winter Olympic Games has amplified interest in the athletes from brands, with Chinese freestyle skier Eileen Gu out in front with 23 endorsements from sponsors.

Before 2021, Gu was paid around USD1 million for each endorsement, but the fee has now soared to USD2.5 million. Some insiders have estimated that her commercial earnings exceeded CNY100 million (USD15.8 million) last year.

Born in California in 2003, Gu is half Chinese and half American, but she chose to represent China in 2015. In the latest 2021-22 FIS Freestyle Ski World Cup, she won four consecutive competitions, boosting hopes for her success at the Beijing Games. She is also studying at Stanford University, a top university in the United States.

With the Beijing Winter Olympics closely following the Tokyo Summer Olympics, there have been a lot of athlete advertising contracts signed recently in China. Last year the number of deals reached 161, close to the total penned from 2018 to 2020.

The Beijing Winter Olympic Games will start on Feb. 4, with 2,892 athletes competing.