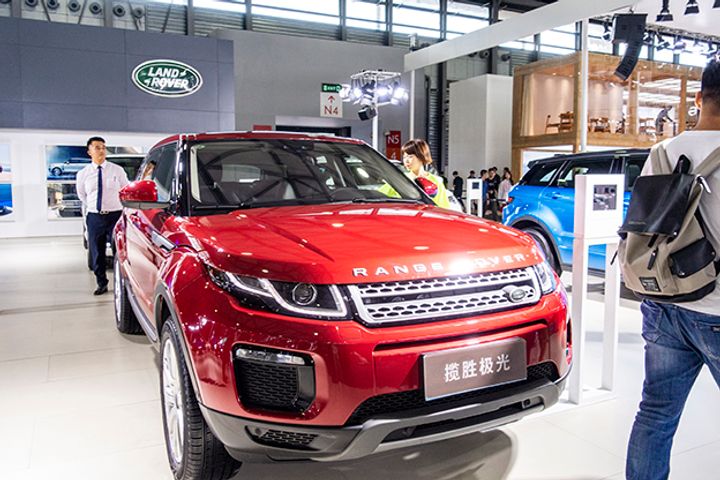 The net loss was INR270 billion (USD3.8 billion) in the third quarter of last year, the Mumbai-based company said in an earnings report. Operating revenue was INR770 billion (USD10.9 billion), of which USD8.1 billion came from Jaguar Land Rover.

China accounts for 20 percent of total sales at JLR, the UK's biggest carmaker. The Coventry-based firm's China sales slumped almost 22 percent to 115,000 vehicles in the quarter amid a 5 percent downturn in its global shipments to 592,700.

On Jan. 10, Jaguar Land Rover announced plans to switch spending to electric vehicles and let go 4,500 employees globally, adding that the downsizing will not affect its China workforce.

JLR invested GBP4.2 billion (USD5.4 billion) in new energy vehicle technologies in fiscal 2017, according to Chief Executive Ralf Speth. He also pledged that new investment in the field will amount to GBP4.5 billion in fiscal 2018.