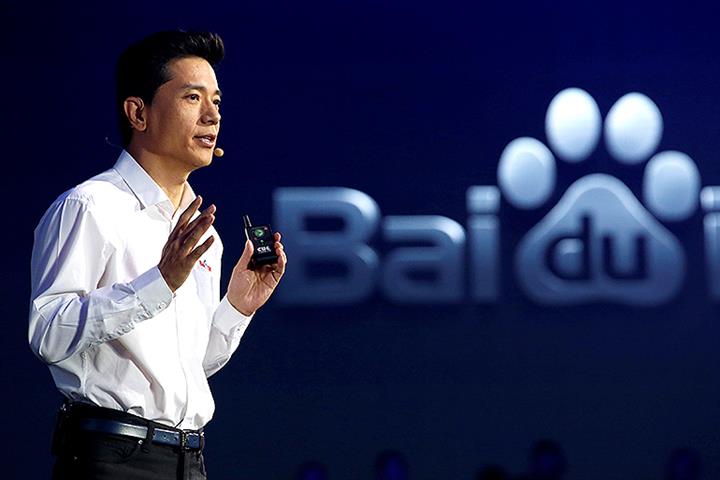 (Yicai Global) Sept. 15 -- Smart driving technologies will solve China's traffic congestion problems over the next decade and do away with current limits on car purchases in first-tier cities within five years' time, the co-founder and chief executive officer of Chinese internet giant Baidu said today.

Smart transportation infrastructure that allows car-road communication will increase traffic efficiency by as much as 30 percent, Robin Li said at the firm's annual Baidu World conference on frontier technology in Beijing.

It will also contribute between 2.4 percent and 4.8 percent growth to China's gross domestic product, as the new technologies will transform the industrial supply chain of the entire transportation economy, he added.

Beijing-based Baidu showcased its latest technologies at the conference, including its' 5G cloud-based substitute driver.' This allows a security officer to control the vehicle remotely through the virtual Cloud in the case of an emergency, achieving a true sense of autonomous driving.

Unmanned driving technologies are set to reach large-scale commercial use by 2025, Li said. Baidu has already launched small-scale trials of its robotaxis in cities such as Beijing, Chongqing and Changsha and has served around 100,000 people so far, he added.

China's four first-tier cities, Beijing, Shanghai, Guangzhou and Shenzhen, all restrict the number of cars that can be added to their roads each year in order to reduce the cities' severe traffic congestion. Beijing issues 100,000 new license plates for passenger vehicles a year, of which 40,000 are for fossil fuel-powered cars and the rest are for new energy vehicles.