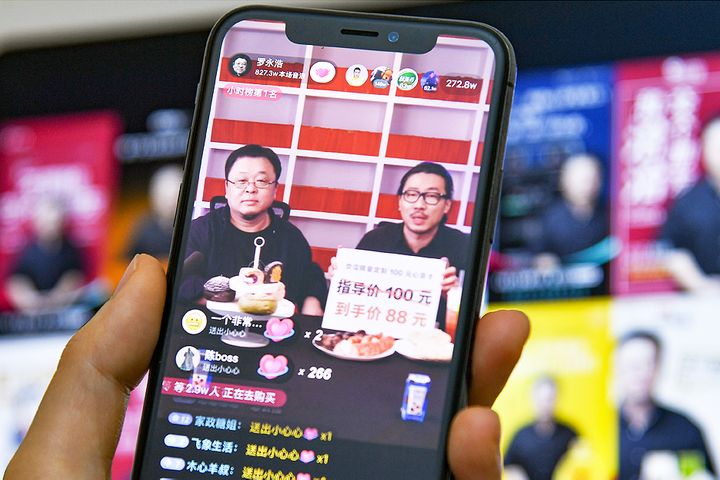 Luo Yonghao, who was on the verge of bankruptcy, hit the headline figure in just three hours yesterday during his famed program that sold 22 different types of products, including Xiaomi Mi 10 phones, crayfish, and video projectors. The program gained 48 million viewers, four-fifth of them male.

But not everything was perfect. Luo's performance could have been more smooth and some of the prices were higher than on other e-commerce platforms, viewers commented.

Last month, the former chief executive said on Weibo that live streaming will pay off Smartisan's debts. The handset firm that fell behind Huawei Technologies and Xiaomi has about CNY300 million in debts, based on the stats that Luo disclosed last November.

Bytedance Technology's Chinese version of TikTok had paid the businessman a CNY60 million (USD8.4 million) signing fee, according to an unconfirmed source.

Douyin has stepped up its efforts to get a slice of the live streaming versus e-commerce pie that is so far dominated by Alibaba Group Holding's Taobao. The Chinese market is expected to double to CNY961 billion (USD135.4 billion) this year from 2019, iiMedia Research projects.

Much like Jack Ma, Luo used to be an English teacher. After starting a language training center and a blog, the Jilin province native founded Smartisan in Beijing in 2012. An active public speaker, Luo has over 16 million followers on Weibo.