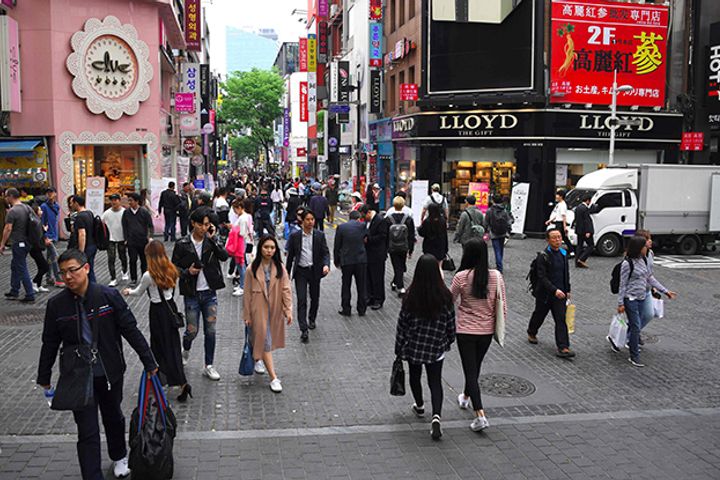 (Yicai Global) March 7 -- South Korea logged its widest-ever tourism deficit in January despite improved relations with China, one of its biggest visitor sources.

The peninsula nation had an almost USD4.5-billion service deficit, with tourism contributing USD2.2 billion, preliminary data from the Bank of Korea shows. The figure contrasted a current account surplus of USD2.7 billion, which marked 71 straight months in excess.

The number of travelers heading into South Korea fell nearly 22 percent on the year in January as inbound tourism income tallied USD1.1 billion. However, outbound travelers increased by more than 22 percent to spend USD4.5 billion overseas.

South Korea was hoping tourist numbers would improve this year after China lifted its eight-month ban on package tours to the country at the end of 2017, but the number of Chinese visitors fell 46 percent on the year to 305,127 in January.