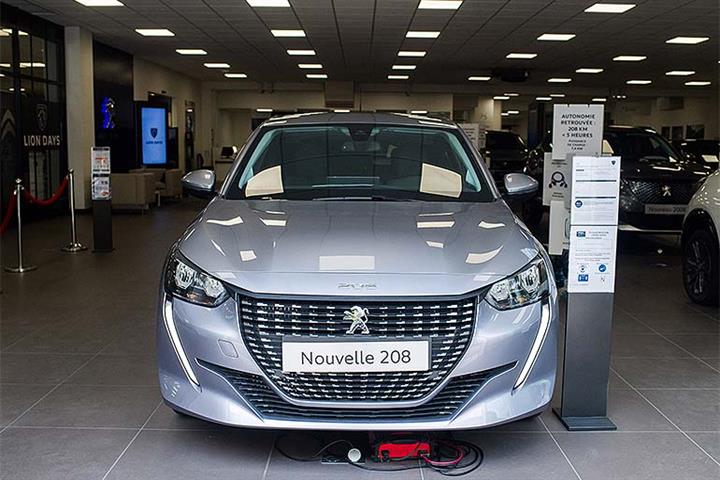 (Yicai Global) Jan. 28 -- Stellantis plans to take control of its joint venture with Guangzhou Automobile Group now that China has lifted the remaining restrictions on foreign ownership in the country’s car industry.

Stellantis will boost its stake in GAC Fiat Chrysler to 75 percent from 50 percent, the global auto giant said in a statement yesterday.

Despite the Amsterdam-based company, created a year ago by the mega-merger of PSA Group and Fiat Chrysler Automobile, noting that the pair had completed the formalities of the deal, GAC neither confirmed nor denied the statement when contacted by Yicai Global.

Additional details on Stellantis’ plan for the Chinese market will be announced as part of its global strategic plan scheduled for release on March 1, the company added.

Stellantis has two other JVs in China: Dongfeng Peugeot-Citroën Automobile and Changan PSA. In 2017, the firm’s peak year for sales, the JVs operated seven factories with a total production capacity of 1.5 million. That year they sold about 1 million, compared with just 120,700 in 2021.

“We do not accept failure in the Chinese market,” Gregoire Olivier, chief operating officer in charge of Stellantis’ China business, said last April. “Besides great sales and market share, China also leads the global car making industry for innovation, so if we lose the Chinese market we will be far less competitive in other markets as well.”

Stellantis said last September that it would create Stellantis Jeep, a streamlined enterprise to develop the brand in China. All facilities in the Guangzhou plant were moved to the Changsha plant, GAC said around the same time last year, adding that the Guangzhou firm would be deregistered in March. Yesterday, it said the JV will support the efficiency of its new ‘One Jeep’ strategy in China focused on Changsha.