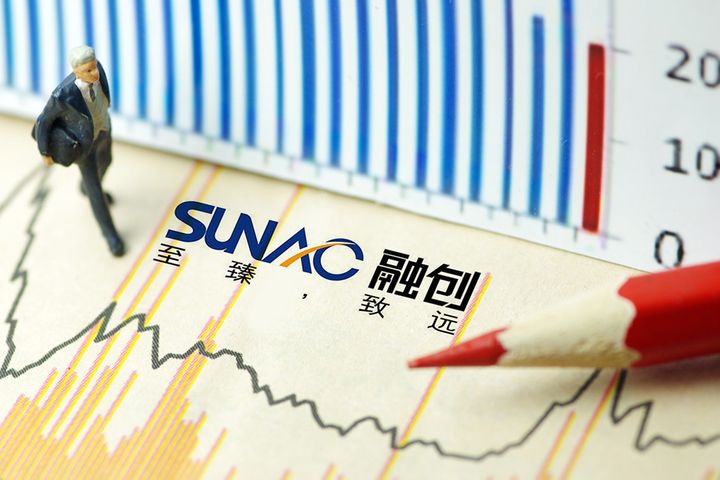 Sunac is offering 186.9 million shares, representing 4.2 percent of its outstanding stock, at HKD42.80 (USD5.50) each, with the proceeds earmarked for general business purposes, the Tianjin-based firm said in a statement today. That represents a 8.25 percent discount on yesterday's closing price of HKD46.65, it said.

Buoyed by strong sales last year, the stock price hit a record high of HKD49.55 on Jan. 3, more than doubling the firm's market value since the start of 2019. Contracted sales jumped 21 percent to CNY556.2 billion (USD80.3 billion) last year from a year earlier, according to Sunac.

But the company's debt ratio has been high due to massive investments in land. The ratio was about 90.8 percent as of the end of last June, basically the same as in 2018. Chief Executive Wang Mengde noted at Sunac's half-year earnings presser that cutting its long-term debt ratio was one of the company's main goals.

The third-party allocation announced today is the second fundraising plan Sunac has announced so far this year. Two days ago, the firm said it would issue USD540 million of preferred notes due in 2025 at an interest rate of 6.5 percent in order to pay off debt. It is borrowing new money to repay old liabilities, in other words.

"From a corporate perspective, there is a reluctance to borrow directly because it tends to worsen the asset- and debt-related data, which in turn affects other subsequent lending and operations," an industry insider, who wanted to remain anonymous, told Yicai Global. Property developers will keep pursuing equity financing given how tight China's fundraising environment is, he added.