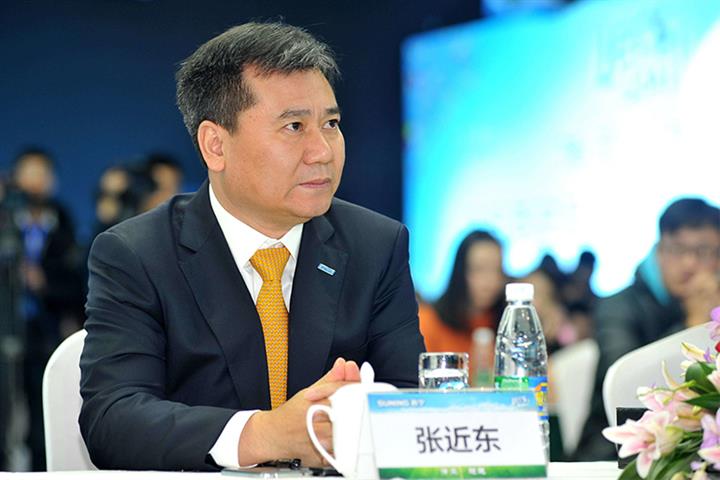 (Yicai Global) July 13 -- Zhang Jindong, founder of Suning.Com, has stepped down as chairman of the Chinese retailer in a major management reshuffle after a government-led entity bought a nearly 17 percent stake in the company. His son is a director candidate.

Zhang Jindong will become an honorary chairman to advise on the firm's strategy but is no longer a board member, the Nanjing-based company said in a statement yesterday.

Ren Jun will temporarily serve as chairman before a new board appoints one. The founder's son Zhang Kangyang was nominated as an independent director. Vice President Sun Weimin, and directors Meng Xiangsheng and Yang Guang stepped down from their roles.

On July 5, the Chinese e-commerce giant said its shareholders will sell a nearly 17 percent stake in the firm for CNY8.8 billion (USD1.4 billion) to Jiangsu Xinxin Retail Innovation Fund II amid deepening losses.

The State-owned Assets Supervision and Administration Commissions of the local governments of Jiangsu province and Nanjing took the lead in establishing the CNY8.8 billion fund, and invited investors such as Huatai Securities, Xiaomi, Haier, Midea, and TCL to participate in it.

After the transfer, Zhang Jindong and persons acting in concert will remain the e-commerce firm's largest shareholder with a nearly 20.4 percent stake. Taobao China will be No. 2 as it holds 20 percent of the equity. Jiangsu Xinxin Retail Innovation Fund II will become the third-biggest shareholder.

On July 5, the company revealed its first-half earnings. Losses widened to a sum between CNY2.5 billion and CNY3.2 billion, rising as much as 19 times from a year ago, due to recent challenges.

Revenue was expected to have dropped by more than 30 percent in the second quarter from a year earlier, resulting in a large decline in gross profit, the firm explained.