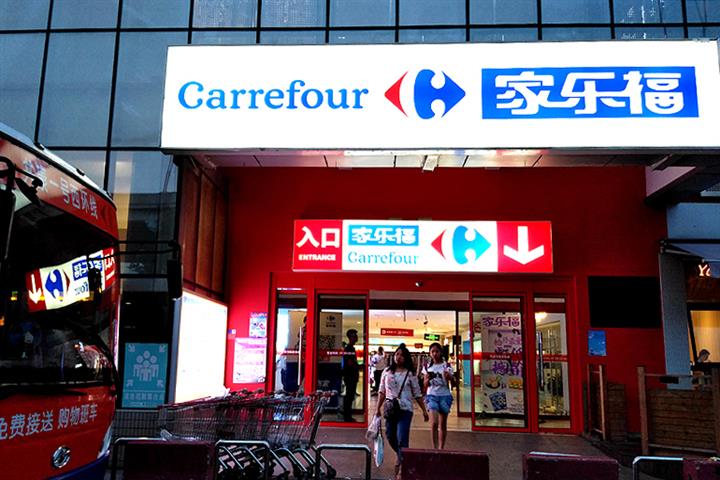 (Yicai Global) Sept. 22 -- Suning.Com has chosen a successor to the first chief executive of the China business of Carrefour three years after acquiring a controlling stake in it to further shrink the loss of the French supermarket chain in China.

Suning.Com’s Senior Vice President Gong Zhenyu will take up the reins at Carrefour China while maintaining his current post, Yicai Global learned from Carrefour China today. Before this, he worked at the marketing headquarters of the largest retailer of household electrical appliances in China.

Tian Rui, Gong's predecessor, will return to Nanjing-based Suning.Com to be in charge of innovation management at outlets. Tian was appointed the first CEO of the new unit in 2019 after Suning International, a unit of Suning.Com, acquired an 80 percent stake in Carrefour China for CNY4.8 billion (USD676.7 million). Moreover, the Chinese firm facilitated loans for the struggling grocer.

In the first half, Carrefour China narrowed its net loss by 14 percent to CNY662 million (USD93.3 million) from a year ago. Its revenue dropped by 25 percent to CNY8.9 billion (USD1.3 billion), according to Suning.Com’s semi-annual earnings report. The number of grocery stores tallied 181 as of June 30, down by 24.

Founded in 1959, Carrefour entered the Chinese mainland in 1995 but its business has been on the decline in recent years due to the increasing competition with online-savvy players such as Hema Fresh and foreign chains such as Walmart and Sam's Club.