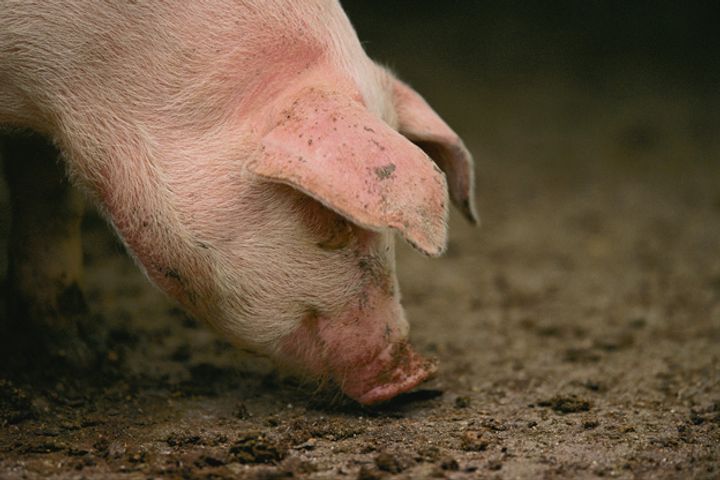 (Yicai Global) Sept. 4 -- A new case of African swine fever has been confirmed on a farm in China's eastern Anhui province yesterday, the sixth in the country since last month. Though the situation is complicated and controlling the virus remains an arduous task, the epidemic is generally under control, a spokesperson for the Ministry of Agriculture and Rural Affairs said on Sept. 2.

The Chinese Center for Disease Control and Prevention confirmed that the latest outbreak has killed 83 hogs and infected another 152 on a farm with 308 of the animals, the ministry said yesterday.

China has reported six cases of the porcine plague in Liaoning, Henan, Jiangsu, Zhejiang and Anhui provinces since last month when the first-ever case of the disease emerged in the country, rattling the live hog sector, ministry spokesman Guang Defu explained, summing up the current overall status of the disease and response measures on Sept. 2.

Several countries have reported outbreaks of ASF this year, Guang said. Aside from China, some 11 nations had reported 3,235 cases of the disease as of Aug. 28. Widespread outbreaks of the virus in neighboring lands mean the risk of the fever re-spreading from outside China should not be underestimated.

Epidemic culling and neutralization are basically completed in Liaoning, Henan, Jiangsu and Zhejiang provinces, where 37,271 hogs have been culled and affected products rendered inert. Wuhu in Anhui province is taking measures to control the disease, having slaughtered a further 1,264 hogs as of Sept. 1.

The ministry is also tracking the course of the disease and helping local authorities conduct thorough inspections. China had checked 23,035,000 sites and over 1 billion hogs as of Sept. 1.

The ASF virus induces a deadly hemorrhagic fever with high mortality in pigs, but causes no signs of illness in its natural hosts, bushpigs, warthogs and ticks, public information shows. ASFV is thus the only double-stranded DNA genome-virus known to be transmitted by an arthropod -- the soft tick.

The disease is endemic to sub-Saharan Africa, where it persists in the wild via an infection cycle of ticks to wild pigs, warthogs, bushpigs, and vice-versa. It first became known after colonists from Europe imported domestic pigs into endemic areas, and is therefore an 'emerging infectious disease.'