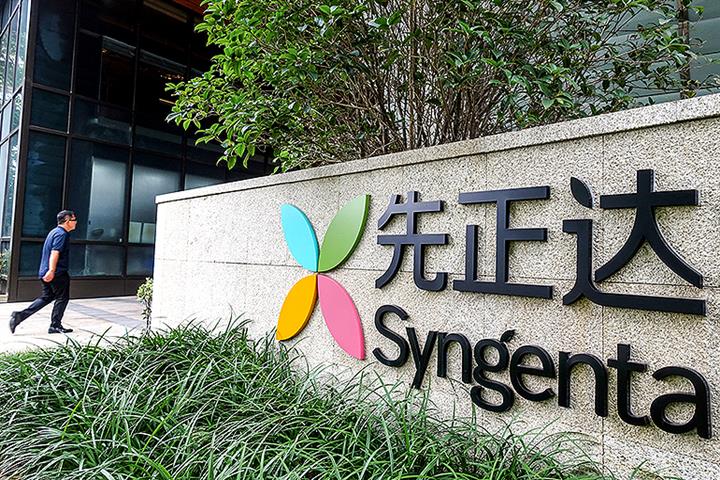 (Yicai Global) July 5 -- Syngenta Group, the Swiss agrochemical giant owned by China National Chemical, has been given the green light to proceed with what is set to be the biggest initial public offering on Shanghai’s Nasdaq-like Star Market to date.

The Shanghai Stock Exchange announced the IPO’s approval via its website on July 2. Basel-based Syngenta plans to raise as much as CNY65 billion (USD10 billion) by offering around 2.7 billion shares, according to its prospectus.

The IPO will exceed the CNY53.2 billion raised by Semiconductor Manufacturing International Corporation when it joined the SSE’s science and technology board last July.

Syngenta’s proceeds will be used for the research and development of cutting-edge agricultural technologies, expanding production assets, repaying long-term debt, as well as financing mergers and acquisitions including Yangnong Chemical and Valagro.

ChemChina, as China National Chemical is known, paid USD43 billion for Syngenta in 2017 in the largest acquisition of a foreign company by a Chinese firm. Its operations have since been merged with Israel’s Adama and SinoChem’s fertilizer and seed businesses. After the IPO, the agrochemical giant is supposed to be controlled by Sinochem Holdings, a new company resulting from the expected merger of ChemChina and Sinochem Group.

The prospectus also reminded investors that there is a risk of goodwill impairment. The book value of Syngenta’s goodwill was CNY165.92 billion (USD25.63 billion) as of the end of last year, accounting for just over 35 percent of its total assets.