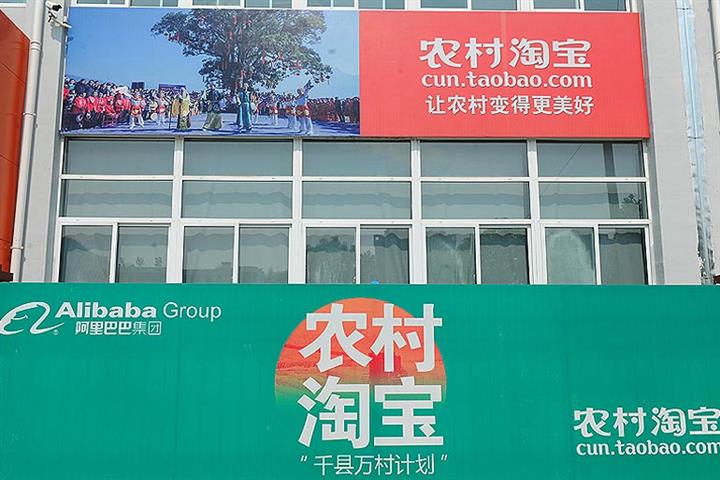 (Yicai Global) Sept. 28 -- E-commerce is on the rise in China's rural areas and online sales by village merchants have exceeded CNY1 trillion (USD146.5 billion) so far this year, according to a recent report released by e-marketplace giant Alibaba Group Holding's research arm.

In the year ending June 30, 1,000 more villages reached the status of Taobao Village, which have over CNY10 million (USD1.5 million) in annual sales on Alibaba's e-commerce platform Taobao or that have 100 or more shops operated by local residents, bringing the country's total to 5,425, the AliResearch report said on Sept. 26.

The e-commerce sector provides employment for 8.28 million people in the Chinese countryside and has become an important way for migrant workers returning home to earn a living.

China's most active economic components come from villages, towns and companies, said Daniel Zhang, chairman and chief executive of Alibaba. The Taobao Village helps integrate the most active components of the economy with entrepreneurs and young people.

Some 13 percent of the Taobao Villages had turnover of over CNY100 million (USD15 million) a year, the report said. The biggest seller was Dayuan village in southeastern Guangdong province with annual sales of CNY10 billion.

The greatest concentration was in southeastern Zhejiang province with 271 Taobao Villages, followed by Guangdong and Jiangsu provinces.

Over 70 percent of the villages come under the jurisdiction of 20 cities along China's east coast. The top three cities with the largest number of Taobao Villages were Heze in Shandong province, as well as Jinhua and Wenzhou in Zhejiang province.