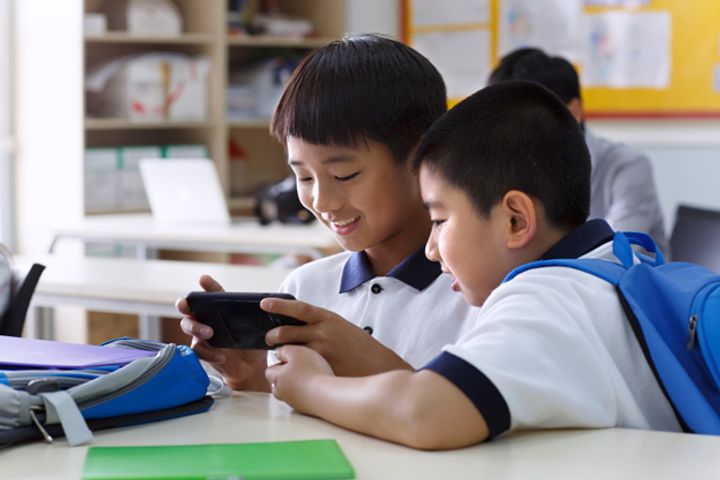 (Yicai Global) July 3 -- Chinese tech behemoth Tencent Holdings will reset its cap on gaming spending by minors at CNY500 (USD75) within the most recent 30 days to reduce minors' irrational spending on online gaming products via an alarm mechanism, it announced today.

The new system will shift to a retrospective analysis of detailed consumption records over the most recent 30 days from its previous sole focus on the single-day ceiling of CNY500 per day. Its personnel will try to contact the owner of a payment account to give a heads-up when a minor uses up CNY500 at any time during the period, the Shenzhen-based concern said on its official social media account.

This alert service is already available in popular games Tencent operates, e.g. King of Glory, League of Legends and CrossFire. Although access is now limited to users logging into a game with a QQ account, Tencent will extend it to more gaming products and to its WeChat players. QQ is its social-networking app, while its WeChat platform is a popular messaging and payment app.

Tencent instituted the former service on June 20 to address the problem of masses of minors covertly using their parent's smartphones, bank cards and payment passwords to squander money on games. The new even stricter limit appears timed to activate to coincide with the start of Chinese schools' summer vacation, when identifying juvenile gamers will be easier.

The firm ranks first among global firms in game revenue. The company tallied an annual rise of 48 percent in its total operating income to CNY74 billion in the first quarter, of which CNY29 billion came from online gaming, the highest among all its businesses and up 26 percent annually.

Tencent's much sought-after game King of Glory is disproportionately dominated by younger groups, as media earlier reported, with over 57 percent of its player base being primary school students believed addicted to such violent 'shooter' games. Public opinion has long put the company under great pressure to act.