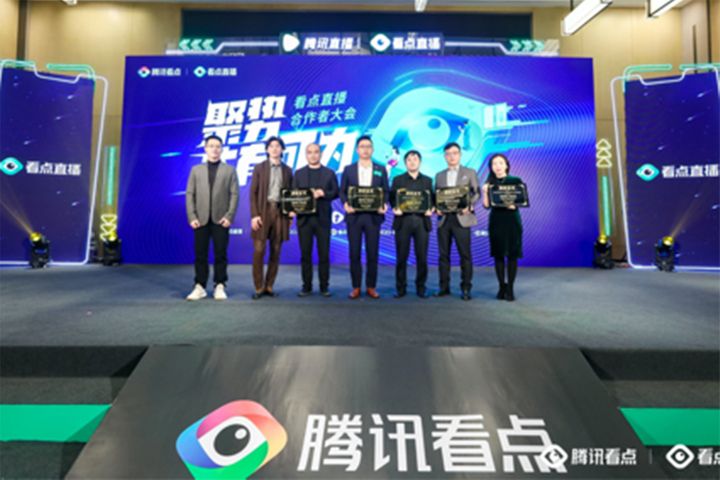 Tencent is the power behind China's most popular instant messaging apps WeChat and QQ. Unlike e-commerce mammoths such as Alibaba Group Holding and JD.Com, though, Tencent does not have a strong presence in online sales.

Kandian is available through WeChat's mini-programs. These are sub-apps in the WeChat ecosystem that provide enhanced features such as e-commerce, games, task management and coupons. They do not require the downloading of a separate app and allow users to have access to a large range of applications and services without leaving WeChat.

"WeChat boasts a huge number of users, many of whom are high frequency users," Wu said. Through live streaming more direct interactions with viewers are possible and ties with them can be maintained, Wu said. Potential buyers can also access the live-streamed content easily through push notifications.

"We have found during production of this service that 70 percent of live-streaming content is related to e-commerce and purchases will eventually occur after live streamers interact with viewers who contribute to their online traffic," Wu added.

Some merchants have performed well. Popular childcare KOL Xiaoxiaobaomama started live shows on Kandian in May, sharing recommendations of individual items each day. It clocked CNY2.2 million (USD314,330) in sales only 100 minutes after the first show began, setting a record. It later also achieved the highest sales for a single show at CNY3.2 million and attracted more than 110,000 comments.

Kandian has already served over 1,800 content creators, brand owners and merchants since it started trials in March. There have been about 10,000 streamed shows which have reached an audience of over 10 million, Wu added.

Kandian is a product designed to be used by individual consumers, he said. Tencent has a separate live-streaming app for corporate users.