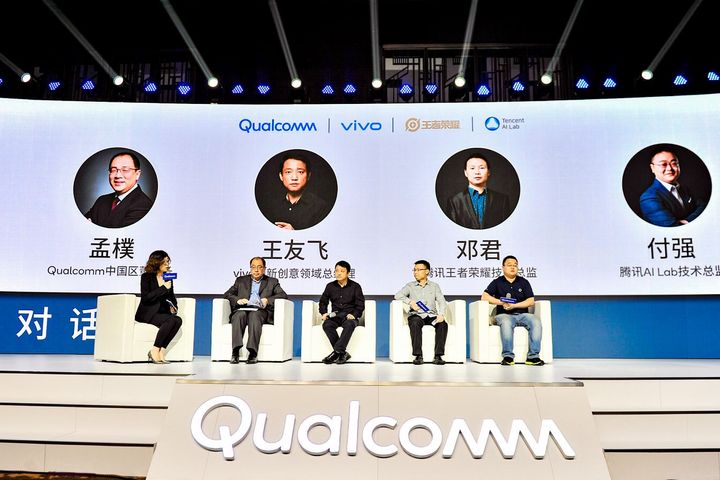 The three parties will explore and promote the usage of terminal artificial  intelligence based on Qualcomm's fourth generation AI engine, reported  state-backed media outlet The Paper.

They will train AI to play the game and set up a team called Supex. The three aim to consistently improve and optimize the team's strength  through massive-online battle arena gaming, according to Wang Youfei,  general manager of innovation at Dongguan-based Vivo.

Vivo's research team does not directly extract data from the game engine for  processing, like other AI firms, but instead retrieves data from game  interfaces to fully simulate human behavior.

This is the first time that Qualcomm's fourth-generation AI engine has moved  ability reasoning for gaming from the cloud to the terminal side. It is  an attempt to develop the smartphone-oriented AI, says Frank Meng,  director of Qualcomm China.

(Picture from the Paper)