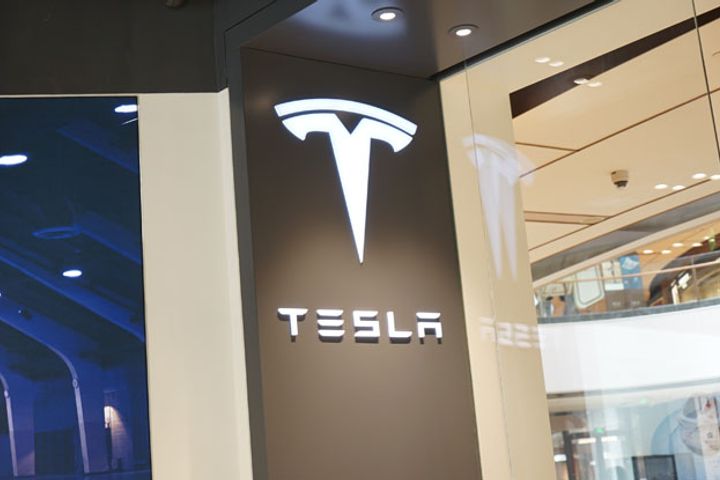 (Yicai Global) Nov. 27 -- Tesla's sales in China plunged 70 percent in October. That's probably the reason why the US electric carmaker slashed prices in the world's second-biggest auto market at the end of last week.

The company cut prices by as much as 26 percent to make its vehicles more affordable after China hiked tariffs on vehicles imported from the US, Yicai Global reported on Nov. 23. It has outperformed traditional luxury carmakers in the US, but in China Telsa faces competition from multinationals such as BMW and Mercedes-Benz as well as domestic new energy vehicle makers like BYD, Nio and Xpeng Motors.

Tesla lopped 12 percent off the cost of the Model S and 26 percent off the Model X. It also announced lower prices for the planned Model 3. But some buyers believe the configuration was not worth the discounted price and chose to cancel pre-orders. Others are staying the course, waiting for the domestic version to appear in two years.

The Model 3's high-performance edition is priced at CNY768,000 (USD110,481), while the import version incurs additional purchase tax. "So without hesitation, I decided to save money and will buy the domestic one," Li Xiang, the founder of electric vehicle startup CHJ Automotive, said on Weibo.

Some consumers believe that Tesla will have to wait for its Shanghai plant to start operating in 2020 before proceeding with any further price cuts, as localization enables foreign automakers to do that. Tesla will then be able to better compete in the Chinese market.