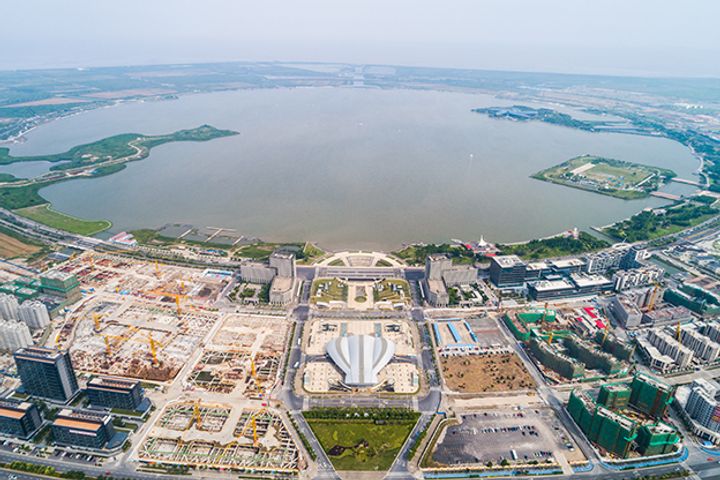 (Yicai Global) Oct. 30 -- Shanghai's Lingang New City, soon to be home to Tesla's Gigafactory 3, has attracted another high-profile tenant. The Global Nobel Prize Scientists Association will set up its first "science valley" park in the district close to the eastern Chinese hub.

Construction started yesterday on the park, which aims to attract some of the world's leading scientific minds and technical resources in the hope of developing industrial products applicable to the local market, Yicai Global learned.

"The link with the world's top scientists and their research achievements will effectively attract technology-related talents and resources to gather in Lingang New City" Weng Wei, deputy chief economist of Lingang Economic Development, told Yicai Global. "It will cast positive influences on local industrial development and the building of a city that is closely related to science and technology in the future."

Founded in November 2017 by American biochemist  Roger Kornberg and six other Nobel laureates including Michael Levitt and Ada Yonath, the association aims to "enhance innovative creativity and foster the development of future Nobel prize winners" for the benefit of the world. The park's development builds on plans to hold a forum in the district.

The facility will be based on laboratories jointly set up by universities, institutes and companies and will place an emphasis on the transformation and utilization of scientific resources, supported by services related to daily life. It will become the 'incubator, accelerator and booster' for the transformation of scientific and technical achievements, sources close to the project said.

The community will consist of three main sections for ideas, laboratories and technical transformation.

The section for ideas incorporates scientists' working areas, centers for their communications and exchanges and zones for public relations. The lab section includes incubator centers and facilities for scientists and other areas and. The section for technical transformation covers functional areas like technical banks and funds within the science community.