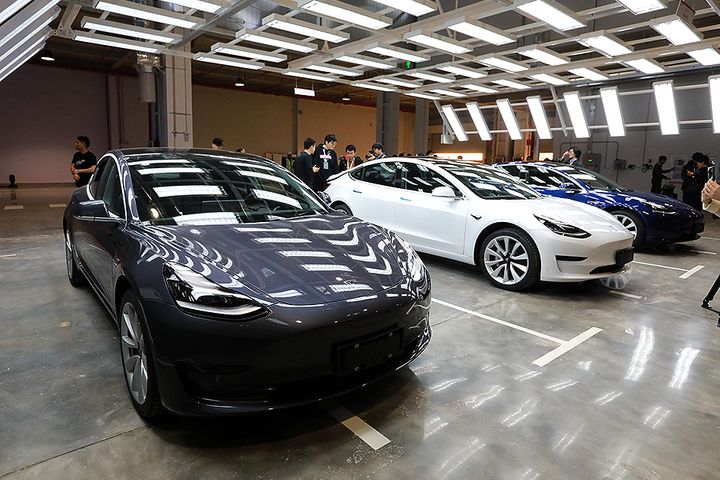 (Yicai Global) Jan. 10 -- US automaker Tesla, whose China-built electric cars are among the cheapest in the country thanks to government incentives, still has space to further trim the sticker price, according to a senior figure in the country's auto industry.

Tesla's Model 3 sedans started rolling off its Shanghai production line earlier this month. Prices start at CNY299,000 (USD43,190), down from an initial CNY355,800, because each vehicle is exempt from Chinese purchase tax and receives a new energy vehicle subsidy. In the US, the best-seller retails for around USD38,990. Similar motors made by Chinese rivals Nio and Xpeng Motors sell for CNY358,000 and CNY240,000, respectively.

Now the China Passenger Car Association's Secretary-General Cui Dongshu has said Tesla could cut the price to about CNY250,000, according to a report by Xinhua News Agency today.

"Whether Tesla will further reduce prices depends on the popularity of its cars among Chinese consumers and the number of orders," Cui was quoted as saying. "If the orders accumulate and Tesla doesn't deliver until the fourth quarter then there is unlikely to be a price decrease."

But China's homegrown NEV brands still have competitive advantages, Cui said. Shanghai-based Nio, for example, is focusing on sport utility vehicles, while Tesla's Model 3 is a sedan. Nio's ES8 car is expected to start delivery in April with an asking price of CNY468,000 (USD67,500). The ES6, which has lower specifications, is priced from CNY358, 000.

The Shanghai Gigafactory, Tesla's first plant outside of the US, is already churning out 3,000 autos a week and is expected to ship over 150,000 units this year. There are plans for it to also make the firm's latest SUV, the Model Y, Chief Executive Elon Musk said at the public delivery ceremony on Jan. 7. Sales of the Model Y should outnumber all of Tesla's other car marques in the future, he added.