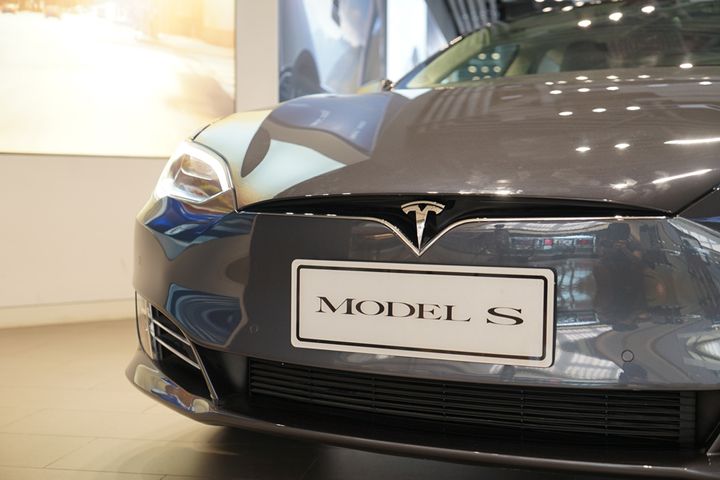 (Yicai Global) April 24 -- Tesla has dismissed a media report that said an expert involved in an initial probe into why one of its vehicles exploded in Shanghai four days ago had predicted a battery short circuit was the most likely cause.

No preliminary judgment or conclusion has been made, California-based Tesla said on its Twitter-like Weibo social media account today, adding that it will release any findings as soon as they are available and asked the public not to believe or spread rumors. Tesla had already dispatched a team to cooperate with the official investigation.

The electric carmaker's comments came after Chinese state-backed news outlet The Paper reported that Tao Wei, who is an expert in vehicle defects from the General Administration of Quality Supervision, Inspection and Quarantine and is part of the ongoing inquiry, had made a preliminary judgment that a battery short circuit was behind the explosion.

Tao examined the vehicle at a Tesla store in Shanghai. It is not clear when the probe's final results will arrive, he said.

Closed-circuit footage shows a Tesla Model S sedan ablaze in an underground parking lot on April 21. The incident did not involve a crash and the vehicle was not being charged. The car was bought three years ago and it had had no problems, the owner said.

There was no sign that the vehicle had been hit so external factors were ruled out, and its burned-out remains have been removed for the purposes of the probe, the owner told The Paper.