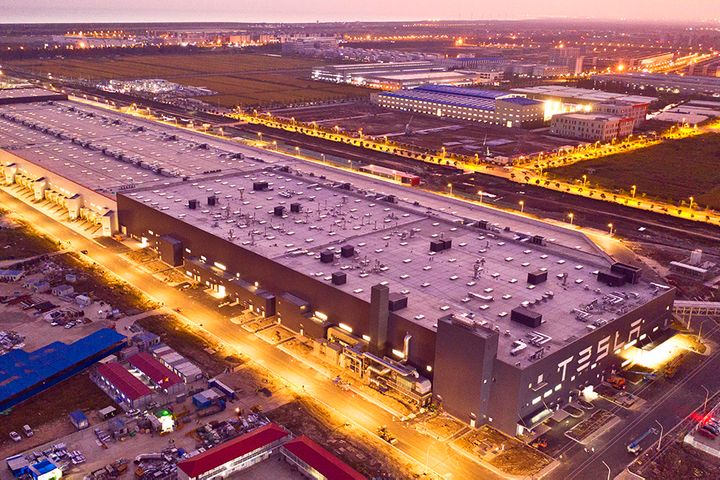 (Yicai Global) Oct. 30 -- Tesla's Shanghai Gigafactory has been ready for production and is awaiting inspection and can start production and sale immediately after all procedures conclude.

Projections are that the first phase will turn out 3,000 vehicles weekly, The Paper reported, citing a statement by the US electric vehicle maker's Global Vice President Grace Tao at a press briefing yesterday. Products from Tesla's Shanghai production base will assuredly meet world-class quality standards, she added.

Tesla is using and has improved on many of its US factory technologies in its Shanghai plant, which has enabled the facility to raise its efficiency and reduce costs, per the report.

The China International Import Expo has effectively promoted Tesla, Tao noted, saying Robyn Denholm will visit China for the Second CIIE that kicks off on Nov. 5 for the first time as the firm's chair to share Tesla's ideas and philosophies.

The Palo Alto, California-based electric vehicle maker is looking forward to gaining greater public exposure via the expo, not only for its current line-up of vehicles, but also to display its understanding of future driving and technologies, Tao stressed.

Shanghai's business environment has allowed the EV manufacturer to translate many creative ideas into reality, she noted, affirming that the company made the right decision to build its first overseas factory in the eastern Chinese megacity, as viewed from the current development situation.

The World Bank ranked China 31st -- up 15 places -- in the Doing Business 2020 report the Washington, DC-based intergovernmental development agency recently released, placing the country among the top 40 worldwide for the first time.