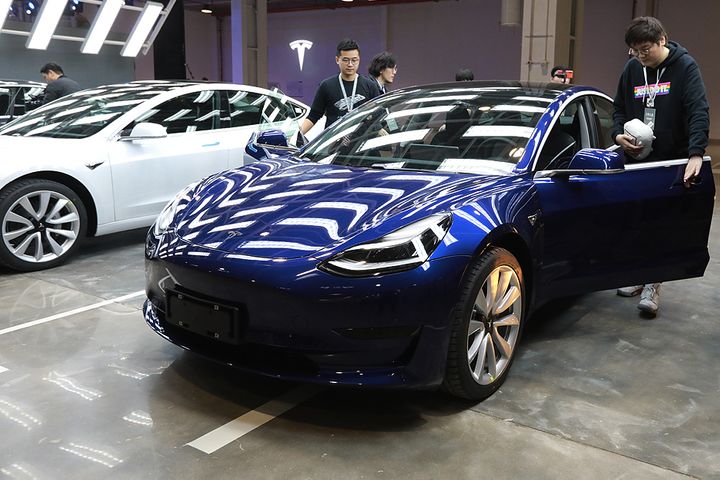 (Yicai Global) March 10 -- China's industry ministry has held talks with Tesla about the illegal assembly of Hardware 2.5 chips in some of its Model 3 vehicles and ordered the company to make rectifications to ensure production consistency and product quality and safety, the ministry said on its website today.

Some China-made Model 3s were equipped with HW2.5 chips, downgraded from the HW3.0 chips marked on the Model 3's environmental checklist, owners alleged on social media platform s such as Weibo on Feb. 28.

Responding to the claims, Tesla said in a statement on Weibo on March 3 that it had equipped some Model 3 cars with HW2.5 chips due to supply chain conditions. As per plans, the carmaker will provide a free upgrade from HW2.5 to HW3.0 for such cars when production capacity and supply chains recover.

Without the Full Self-Driving feature, both HW2.5 and HW3.0 provide the same driving experience and safety level, Tesla added, saying that customers who opted for FSD are equipped with HW3.0.

But some Chinese users are not buying the explanation. Tesla delivered Model 3 with HW2.5 without informing buyers even though it claimed the car was equipped with HW3.0 in ads, which amounts to fraud, some users said below Tesla's statement on Weibo.