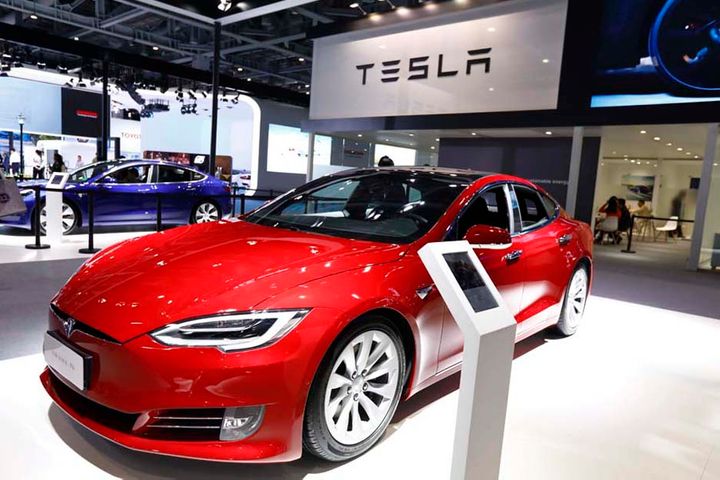 (Yicai Global) March 18 -- US electric car giant Tesla has upgraded for free the autopilot hardware suite on hundreds of its Shanghai-made Model 3 vehicles that had been installed with an inferior version due to supply chain difficulties amid the novel coronavirus epidemic.

Disgruntled owners had found that their vehicles, which only began being delivered in January, were installed with the HW2.5 version which uses global chip giant Nvidia's Drive PX2 chip and not the HW3.0 hardware upgrade powered by Tesla's self-developed FSD chip as given on the car's specifications.

In terms of computing hardware, the new chip is seven times more powerful than the old one, can process 21 times more images per second and its energy consumption is only just over a quarter of the previous one.

The hardware installed on some Model 3's Standard-Range Plus version was downgraded to HW2.5 due to supply chain problems caused by the novel coronavirus epidemic, the California-based firm said on its Weibo account on March 3.

The factory will replace the hardware free of charge once production capacity and supply chains are back to normal, it added. The company does not provide door-to- door pick up services, however, and owners need to arrange for their car to be driven to the plant for the upgrade.

Tesla was accused of deliberately deceiving customers and the incident called into question the quality of its domestically made vehicles. The firm's Shanghai management was questioned by the Ministry of Industry and Information Technology on March 10 and told to rectify the problem immediately to ensure that all delivered cars matched their declared specifications.

No penalties have yet been imposed on Tesla by regulators. Consumers have the right to request a full refund and claim compensation of up to three times the price of the product if the operator is found to have committed fraud in the provision of goods or services, according to Chinese law.