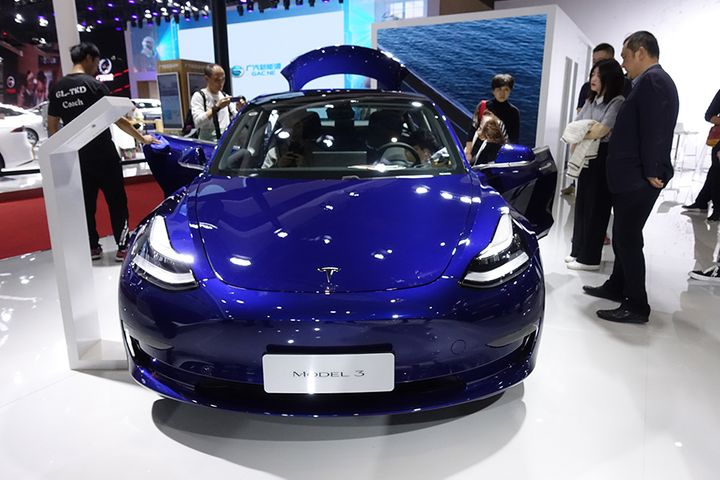 (Yicai Global) July 18 -- Tesla is not budging on the price of the China-made Model 3 after reducing the prices of its imported base model vehicles earlier this week.

The Shanghai-made Model 3 will still sell for CNY328,000 (USD47,722) as planned, news site The Paper cited Global Vice President Tao Lin as saying at a high-level meeting in the city yesterday. The price factors in long-term operation of the Shanghai Gigafactory -- Tesla's first plant outside the United States -- and reflects the same high quality that the local model offers, he said, adding that China-made does not mean inferior quality.

Tesla China cut prices for its base level Model 3, Model S and Model X -- all imported -- on July 16, ahead of the firm's plans to open its Shanghai factory by the end of this year. It cut the price of the US-made Model 3 to CNY355,900 from CNY377,000, but increased the price of high-performance trims.

The price points reflect the positioning of each of the vehicles, Tesla China's General Manager Wang Hao said. The Model 3 targets the average person, while the S and X are flagship cars, he added, saying by pricing the local and overseas-made cars will hopefully get more Chinese consumers buying electric.

Tao also said that the Shanghai plant was moving forward faster than expected and should be pushing vehicles out by the end of this year after finding supply chain partners from around the world to optimize efficiency.

His words echoed those of Ma Chunlei, deputy secretary-general of the Shanghai government, who said on July 2 that the Gigafactory was advancing smoothly and should enter operations by year-end. Its production capacity will gradually climb to 3,000 cars a week, he said, adding that consumers would be able to buy domestic Model 3 cars by the end of 2019 or in early 2020.