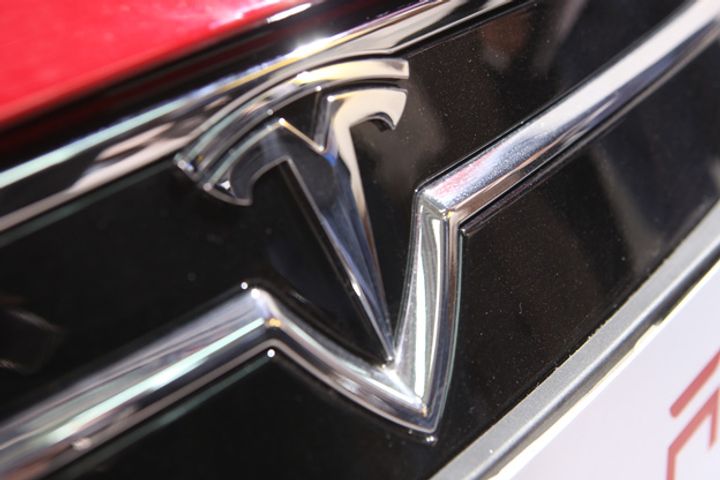 (Yicai Global) July 13 -- US electric vehicle leviathan Tesla has set up a technology innovation center in Beijing to research and develop new-energy products, it announced yesterday. The news follows hard on the heels of a plan to erect a wholly-owned factory in Shanghai it unveiled July 10.

The steady expansion of its China business induced the company to set up its first domestic technology innovation center in Beijing in October. It mainly researches and develops electric vehicles and spare parts, batteries, energy storage equipment and information technology. Future fruits of its R&D will be able to apply for Chinese patents or patent-sharing, Beijing News quoted Robin Ren, Tesla's global vice president, as saying.

Beijing is the first stop and headquarters of Tesla's beachhead in the country, as well as one of its largest markets. In addition to the Tesla (Beijing) Technology Innovation Center, the company has also built its China headquarters, operation center, settlement center and sales company in Beijing, said Ren.

Scores of opportunities for cooperation between it and the Beijing city government, major universities and research institutions will arise in future, and Tesla China and the Beijing authorities will collaborate in talent enlistment, energy storage and new energy, Ren added.

China is the firm's largest overseas market outside the US, contributing 17 percent to Tesla's revenue for last year, US regulatory filings show. The electric-car maker staged its official entry into the Chinese market with great fanfare at the end of 2013, and immediately gravitated toward Beijing, where it has since sited seven experiential showrooms and six service centers, before now extruding its tendrils into other Chinese cities.