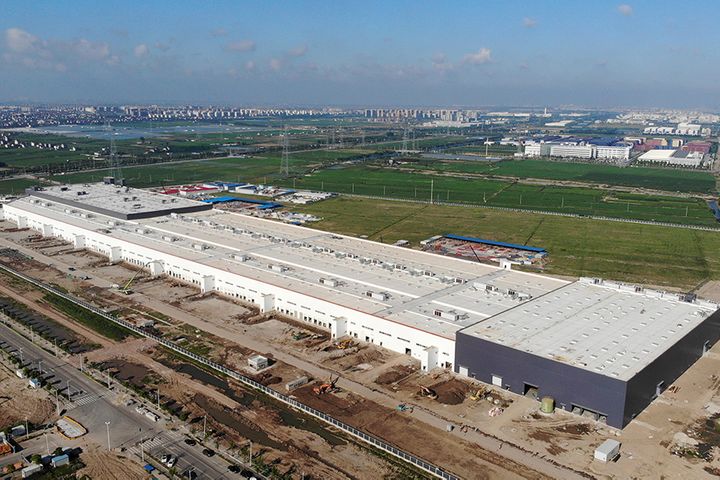 (Yicai Global) Aug 20 -- Tesla's Shanghai Gigafactory, the first of its kind overseas, has gotten the green light from inspectors in its first phase of construction that took seven months with an estimated investment of CNY16 billion (USD2.3 billion).

Authorities in the Lingang Area successfully finished a construction inspection at Tesla's car plant yesterday, the Shanghai Observer reported. Next, assembly lines may be built as the factory picks up the pace to be completed by the end of this year.

The total investment in the plant is CNY50 billion (USD7.1 billion), a person at the Lingang management committee told the same source. Tesla secured land for the project 10 months ago.

Tesla may open its Shanghai Gigafactory earlier than anticipated this year, the Palo Alto-headquartered firm said in its first-half earnings report. Tesla plans to produce 500,000 electric vehicles in the plant each year.