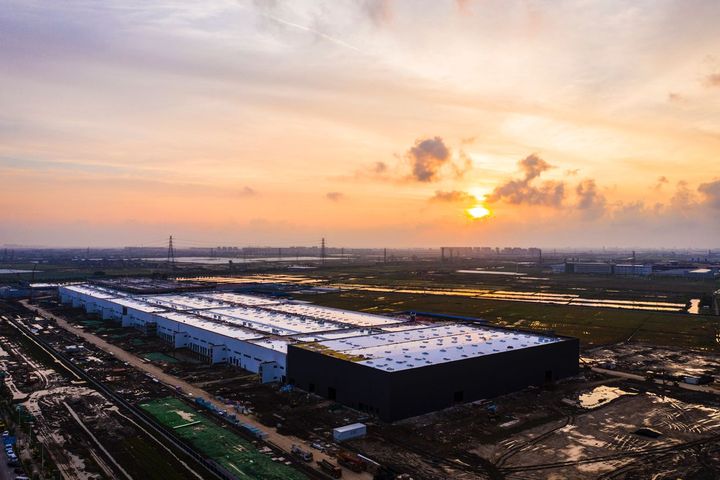 (Yicai Global) July 3 -- Tesla has all but completed construction of its Shanghai Gigafactory and expects to begin production by the end of 2019, according to a local government official.

The Silicon Valley-based electric carmaker has already begun fitting production equipment, The Paper cited Ma Chunlei, deputy secretary-general of the Shanghai government and director of the city's development and reform commission, as saying at a cabinet press briefing yesterday.

"I went to the Tesla factory two days ago to take a look," Ma said. "A department head told me the factory should enter production this year and that production will gradually climb to about 3,000 units a week, so I expect we could see China-made Tesla 3s by early next year, or even as soon as 2019."

The factory, Tesla's first outside the United States, is the first electric car plant with solely foreign capital since China lifted restrictions on inbound investments in the sector, Ma said, adding that is also the largest only foreign-backed manufacturing facility in the country.

Tesla and Shanghai authorities penned a deal to build the CNY14 billion (USD2 billion) factory in July 2018 and the carmaker began construction in January.