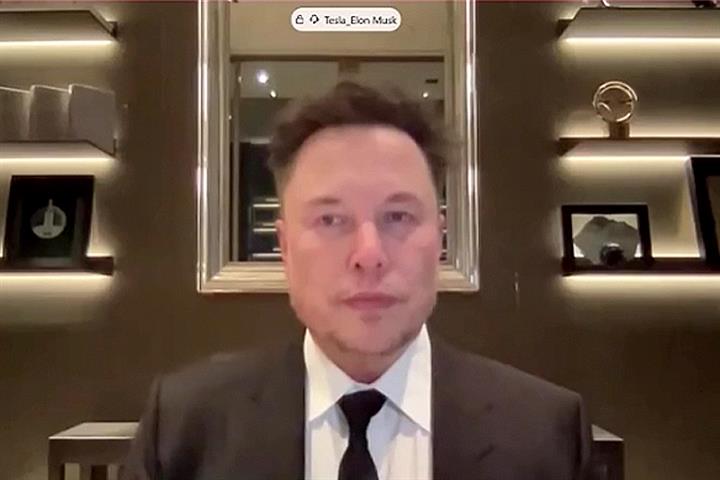 Tesla Will Never Use Its Cars to Spy in China, Musk Says

(Yicai Global) March 22 -- Tesla will in no way, shape or form provide the US government with any vehicle or user data collected in China or any other country, Chief Executive Officer Elon Musk said at a high-level business forum held over the weekend.

“There’s a very strong incentive for us to be confidential with any information,” Musk said at a virtual panel at the China Development Forum that he was hosting with Chinese quantum physicist Xue Qikun.

“If Tesla used cars to spy in China or anywhere, we will get shut down,” he said. His remarks come after reports surfaced in the media last week saying that China's military had banned Tesla vehicles from entering their complexes over concerns that the in-built cameras could be sending photos back to the US.

The business tycoon also said it “would be good for the US and China to have more trust in each other.”

China, as the world’s biggest auto market, is crucial for California-based Tesla. Nearly 15 percent of the US carmaker’s global sales were in China last year. So important is the market that in 2019 Tesla opened its first overseas production base in Shanghai to better meet local demand.

Data security is a problem faced by the whole connected car industry, not just Tesla, Tan Jianfeng, head of the Shanghai Information Security Trade Association, said in a motion submitted to the Two Sessions, the annual meetings of China’s top legislative and political advisory bodies, earlier this month.

Tesla gathers over 200 types of data for autonomous driving decision-making, such as the owner’s cellphone number, personal habits and car whereabouts, while its domestic peers can garner around 170, Tan said.

"If this information falls into the wrong hands, it can pose a huge risk to social and even national security,” he added.