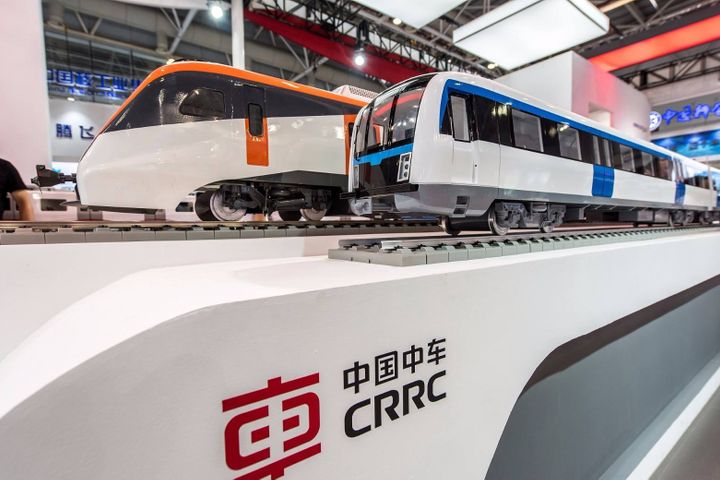 (Yicai Global) Feb. 7 -- The Philippine government has demanded a subsidiary of China's CRRC Corp. Ltd., the world's largest supplier of rail transit equipment, refund millions of dollars it paid for light rail trains it ordered, blacklisting the company. The dispute comes at a time when both countries declared a "new chapter" in their relations.

The government also required that the Chinese company should take all the trains already delivered back to China, noting that it will include CRRC Dalian in the government procurement blacklist, online media China Business reported.

"Just cancelling the contract and returning the trains are not enough. CRRC Dalian deliberately supplied unsuitable equipment, and we should not let them go unpunished," senate president Aquilino Pimentel III said, "All suppliers for government projects in the Philippines should know the consequences of supplying defective products."

The trains weigh 49.7 tons, which is above the prescribed upper limit of 46.3 tons, according to the Philippines' department of transportation. In addition, compatibility issues have been detected between the trains and MRT3's maintenance facilities and signal systems, it claimed.

In June 2017, the department authorized four international quality inspection agencies to perform quality checks on the trains, The Manila Times reported on Sept. 14, adding that if the compatibility problems are confirmed by the third-party organizations, the department will consider returning the 48 trains to China. The agencies concluded late last year that the trains were not compatible with the existing signal systems. The conclusion led the Philippine government to cancel the deal and provided it with evidence to justify the refund claim.

The Chinese firm responded to the report saying that many of the trains in service on the metro line are second-hand products bought from the Czech Republic; they are dilapidated, and some carriages are no longer usable. The trains could not be delivered together due to the complexity of the route, so the company separated the trains into parts after testing them, and they were reassembled in Manila. From the delivery of the prototype train to Manila on Sept. 3, 2015 and the completion of the trial run in December, the entire project went smoothly without incident.

With the approval of the Philippine government, CRRC Dalian started to deliver three carriages every month in 2016. The trains formally went into operation on May 10 of the same year. The Philippines' deputy minister of transportation and communication, and several other senior government officials said that they were satisfied with the trains' performance after a test ride on the same day, the company noted.

CRRC Dalian delivered the last train (number 3148) on Jan. 14, 2017, and it was assembled at the Taft station of MRT3. "At that time the Philippine government commended the aftersales team of CRRC Dalian in recognition of its ability to fulfill the contract as scheduled, and they did not raise any questions about the company's services and products," the firm pointed out.

Over the delivery process, the company found that poor conditions of the 20-year-old rail line is not the only reason for the sharp decline in MRT3's transport capacity, but the problem is also attributable to widespread buck-passing between the government and MRT3's private business partners.

The daily passenger volume of the line is as high as 600,000, almost doubling the original designed capacity. The four-train relinked model is adopted for operations of the 48 trains. MRT3's overall transport capacity has increased by 67 percent after they went into operation, significantly easing passenger congestion along the subway line, CRRC Corp. said on its website.

As regards the reason for the refund request given by the department of transportation, the Philippine government did not express any doubts about the products before, and CRRC Dalian is not aware of the alleged issues, the company stressed.

This is a classic case of public relations crisis management, said professor Wang Yaxing of the School of Business at the Renmin University of China. The claims have led to an adverse impact on the reputation of high-end Chinese products, Wang added.

Above all, CRRC Corp. should conduct an investigation immediately and publish the findings as soon as possible. If the company as a supplier remains silent on such a major crisis, the negative effects will grow, putting it in a more disadvantageous position as the crisis unfolds, Wang suggested. Secondly, order fulfillment was an ongoing process. From prototype development to delivery completion, the project took almost two years to finish. The Philippine government did not find any defect in the products but claimed for a refund after the trains were already put into operation, so they should also explain why they brought it up so late, Wang added.