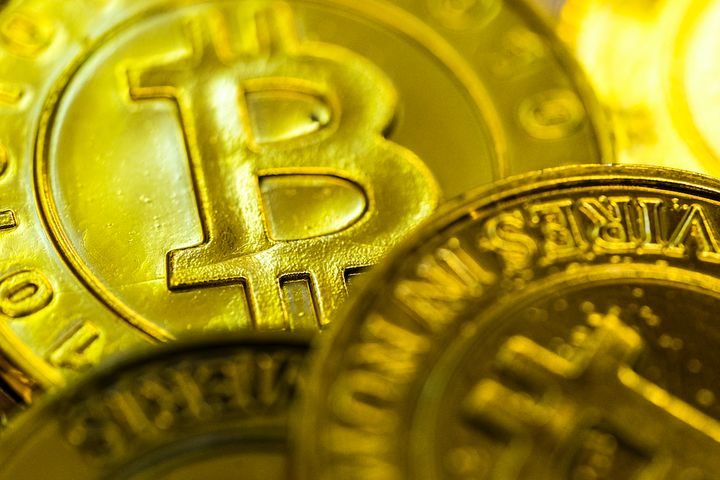 The Year I Worked as a Bitcoin Miner

It was dim with only green flashing light-emitting diodes. Huge noisy fans and air conditioners ensured that the warehouse would not become a sauna. The hot and irritable atmosphere lingered around me. This was my working environment, as a bitcoin miner. My job was to inspect the rigs in the warehouse every day and test each machine with my laptop. If I found a problem, I would follow the instructions in the operating manual -- "Reboot, reconnect the circuit board, remove the machine and give it to the technical department."

On the wall of the mine there was a slogan that every Chinese knows -- "Time is money."

When I entered the mine in Ordos in North China's Inner Mongolia Autonomous Region for the first time in early 2017, I was scared by a tremendous roar. At first, I did not know why the place was called a mine.

Once at a work break, I saw my colleagues getting together and looking at a screen. I took a look at it. It was a chart, and it said "Bitcoin" in English at the top.

A coworker translated Bitcoin into Chinese for me and explained that the warehouse was a place used to mine bitcoins, so it is called a mine. Why would the word mining be used for a virtual thing? I still felt baffled.

The colleague could not explain clearly, so he asked me to talk to the leader of our group. The leader, who was wearing a pair of black-rimmed glasses, probably had explained it to many others. He patiently explained it to me. "Bitcoin mining is similar to what gold mining in the United States and Australia once was."

"Mining gives people the feeling of no pain no gain, but it is not the same as gold mining in the river," he said. "In addition to pure manual labor, it requires patience and good luck. More specifically, our mining is a 'hunger game' held every 10 minutes with miners from all over the world participating, and the prize for the game is bitcoin."

The mine is so large because the difficulty of getting the prize is increasing, he said.

Many factors, such as more miners coming online, are making winning harder, he said, adding that China is home to about 80 to 100 mines like ours. Deserted places in Iceland and Russia are housing many new mines. The mining reward is decreasing, as Satoshi Nakamoto specified in bitcoin's code. Each round of the game could generate 50 bitcoins before 2012, he said, adding that the reward has halved every four years since and stands at 12.5 bitcoins per round now. The number of bitcoins is limited, meaning one day miners will not be able to mine new ones.

The game is essentially a number guessing one that controls the issuance speed, and picking a correct answer has gotten harder, he said. Miners may have had to guess 10 times to get a right number before, but now after 1,000 tries, they still may not have found a winner, he said.

"So 'time is money' is on the wall of our mine because time is really money here -- the sooner you try, the more likely you are to get new bitcoins," he said, stopping to look at me.

I was still trying to digest what he had just said, and I realized that he meant I was wasting work time.

Back at the work site I realized I had not asked about what happens when we get the bitcoin prize and why we want to play the game.

Shortly after this, I found the answer myself because my colleagues taught me to read the price chart for bitcoin. It was early 2017 at that time and one bitcoin was worth about USD1,000, or more than CNY6,000. Price motivates participants to play the game in hopes of winning the valuable prize.

I quickly learned the game's trick -- it has no trick. The method for guessing numbers is fixed and simple. It cannot be improved. Only by using faster hardware or more rigs can miners increase their chances. Those with the most mining power are most likely to win.

Bitcoin enthusiasts had realized the advantage of using graphics processing units, and GPUs quickly gained dominance over CPUs for bitcoin mining. Although the price of computer hardware typically falls, the price of some video cards rose and they were often out of stock as miners bought them up.

Field-programmable gate arrays came into favor by the end of 2011. As they eliminated the need for unnecessary image computing hardware that GPUs have, they greatly improved efficiency.

By the end of 2011, field-programmable gate arrays turned out to be more efficient. Eligius, one of the first mining pools, formed in 2011. Many of the miners in that pool still used personal computers then.

The mining machines that I maintained are fourth generation machines. They are application-specific integrated circuits. Compared to FPGAs, ASICs sacrifice flexibility to perform better at a certain task.

For making a simple comparison, a CPU's mining speed is 1 and a GPU's is probably 10. Although the speed of FPGA mining machine is only 8, it consumes 40 times less power than a GPU. An ASIC's mining speed is 2,000, but its power consumption equals that of a GPU.

When ASICs came out, they quickly pushed the other three types of mining machines out of the market. Mines have become the main force of mining. Many mainstream ASIC mining rigs, such as the Antminer S9, cost more than CNY10,000 (USD1,580), and mines frequently use hundreds of these machines.

China took advantage of the powerful supply chain and manufacturing capabilities that it had accumulated in the information technology field in the past few years.

Bitmain Technologies Ltd., which designs bitcoin mining ASICs, quickly became a world-leading mining rig maker. In past two years, it has sold hundreds of thousands of units, each containing hundreds of ASICs. Its S9 has 189 ASICs. Rumor has it that the group's net profit was more than CNY1 billion in the first half last year. The company's performance probably surged when bitcoin's price soared in the second half.

I was feeling fortunate as winter went by and spring was coming, and I no longer needed to shiver in the northern cold nights. The team leader informed us that the mine would relocate.

The experienced staff members were very calm and began to pack up. Some of the less seasoned workers were confused. We later learned that mines move like migratory birds. Some mines work in parts of northern China such as Xinjiang Uygur Autonomous Region and Inner Mongolia during the winter and go to China's southwestern Sichuan province during the summer. I thought moving tens of thousands of machines is no easy task. Why should a mine move?

I did not realize until I saw the new site of the mine in Sichuan. It was beside a hydroelectric power station with water running outside our window.

Mines have to pay for mining machines, electricity, maintenance and labor. Electricity is often their biggest cost. In Ordos, I thought the mine was like a power consuming black hole.

The team leader once mentioned in a chat that our mine consumed 40 megawatt-hours of electricity per hour. Although the local government has made concessions, the mine still has to pay over CNY100 million in electricity bills each year. Power in Sichuan is cheap in the summer season.

As we went along National Highway 301 to Kangding in Sichuan, we saw dozens of large and small hydropower stations. The surging river brings a steady stream of electricity to them. Sichuan once had excess electricity in the summer, but things changed when bitcoin mining mushroomed.

The new site of our mine was a row of neat blue plastic steel sheds, built against the mountains. Each had thousands of mining machines. The hydroelectric power station supported our operation around the clock. Wealthy mine owners often contract entire hydropower stations to ensure a power supply for their rigs.

It was 20 degrees Celsius in the summer in the mountains, but whenever a shed door opened, a heat wave would blow against my face. The thousands of mining machines running 24 hours a day generated heat. Almost every day, I would find that the heat had damaged circuit boards of several mining machines, and they had to be replaced.

The team leader told us that it was still worth it, because of how cheap the power was. The mine directly contracted buying the entire power of a station, costing only CNY4 million to CNY5 million per month.

I asked when the dry season was. The team leader sighed. Because the production capacity of hydropower stations in the two seasons is very different, the price of power rises drastically in the dry season. This is why the mines migrate to cold regions in the late summer and early autumn.

My career as a miner ended abruptly.

At the end of last year, our mine owner decided to relocate to Xinjiang. Unexpectedly, Xinjiang's authorities requested a check on the bitcoin mine just after the New Year.

Although it did not directly institute a ban, the local government canceled the previous preferential price concessions. The state grid standard price is CNY0.4 per kilowatt hour, and the government had offered power to the mine for between CNY0.2 and CNY0.3 per kilowatt hour in the past.

The jump in electricity price significantly reduced profits, and bitcoin's price stopped skyrocketing. Although our Litecoin mining machine was still making money, the boss decided to end the business due to growing policy risk.

Most of my colleagues earned some money trading a variety of digital currencies and left. Some went to other mines, and some engaged in professional cryptocurrency trading.

Because I entered the sector too late, I did not get rich mining. The mining work has left me with tinnitus. The doctor said that had I worked in such an environment for two more years, my hearing would be more seriously permanently damaged, but that is not the main reason I left the mine. I realized working thereＩ was not really a miner at all.

I do not understand Merkle trees, and the blockchain and digital signatures are muddled concepts for me. The only link I had to bitcoin, "the gold of the Internet age," was the mining machines that I fixed.

Nakamoto's vision for a decentralized and fair mining democracy did not come. Although I stood beside the mining machines, the gap between me and those who control the mining only expanded. I am preparing for next year's postgraduate exam, to reenter school to study. I want to be a real geek, not a miner who mindlessly cleans machines.