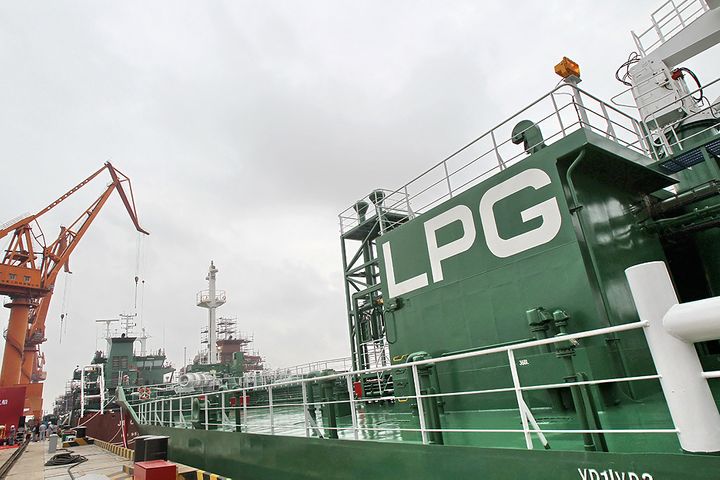 (Yicai Global) March 30 -- China has rolled out this year's first futures liquefied petroleum gas futures, which made their trading debut on the Dalian Commodity Exchange today, with nearly 30,000 lots traded for CNY1.4 billion (USD197 million) in only 25 minutes after listing.

LPG options will premiere tomorrow. This is China's first gas energy derivative and the first joint listing of futures and options on the Chinese market.

LPG is a colorless and odorless gas extracted from oil and gas field extraction or deep processing of petroleum and coal, which is than condensed and cooled into a liquid form for more flexible transport.

China produced around 28 million tons of LPG last year to claim 8 percent of the global total, making the country the world's third-largest producer. It has maintained robust growth in imports over the past years because of buoyant demand. The country's average annual growth rate of net LPG imports was 10 percent from 2008 to 2012. Its domestic refinery plants' rising demand for LPG and the rise of LPG chemical usage since 2013 have resulted in strong growth in net imports, which rose to 19.28 million tons last year in an annual growth rate of about 33 percent.

China is not exporting much LPG these days as most of its production goes to feed insatiable domestic demand. Its exports totaled a mere 1.4 million tons last year.