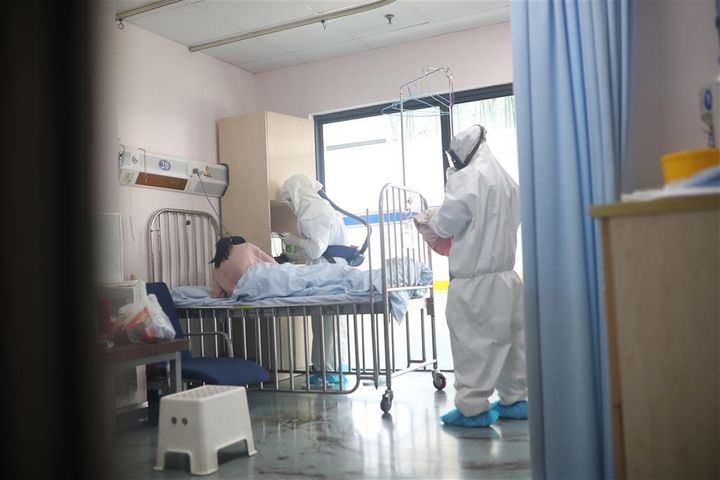 (Yicai Global) Jan. 31 -- Three children are under treatment for coronavirus infection in Shanghai and are in stable condition. All of them have a history of contact with Wuhan, the epicenter of the current outbreak, or were exposed to confirmed patients, said local health authorities on Friday.

The children, one boy and two girls, are hospitalized and quarantined at Children's Hospital of Fudan University, the designated hospital for juvenile patients with coronavirus.

The first patient is a 7-year-old boy, who was hospitalized on January 19. He and his family were in Wuhan 10 days before developing symptoms, doctors said.

His father was the first to experience fever and coughing, and to be confirmed as a coronavirus case. The boy later developed fever, coughing and other symptoms. His mother, who was also in close contact with her husband and son, has not shown infection symptoms.

The boy's case is considered mild.

"The boy's temperature returned to normal on the second day after hospitalization and he has had a healthy temperature without other respiratory symptoms for 11 days," said Dr Zeng Mei, director of the hospital's infectious disease department. "He is considered a patient in the process of recovering without symptoms. Since his nucleic acid test is still positive, he must be quarantined for fear of infecting others."

The second patient is a 10-year-old girl from Fengxian District. She is the sister of a confirmed patient, who returned from Wuhan, and arrived at the hospital with fever and nausea. "Her temperature returned to normal only after taking TCM medication," Zeng said.

The latest case is a 11-year-old girl, who was confirmed with infection on Friday morning.

Hospital officials said the girl came to Shanghai from Wuhan with her family to visit relatives in Fengxian District. She started to suffer fever during at-home quarantine and her family drove her to the hospital on Thursday night.

"Her family didn't inform medical staff that she came from Wuhan, but we received reports from the community and Fengxian government and carried out immediate coronavirus diagnosis and testing," said Dr Zhai Xiaowen, the hospital's vice president. "Her sample was positive for coronavirus and she was transferred to negative-pressure ward for treatment. Her respiratory symptoms didn't become serious and temperature has returned to normal."

As the designated facility, the hospital so far has received 46 children suspected of coronavirus infection, and 23 of them were hospitalized for further diagnosis and treatment. So far, three are confirmed case, 16 are ruled out infection and the rest are undergoing test.

"Though all patients are mild cases, we have set up special wards for virus prevention and control. Expert teams have established special medical procedures to identify patients and give proper treatment, but they are not imposing unnecessary checks in order to protect the children," Zeng said.

Experts say children usually have lower infection risk than adults and child patients' symptoms are usually not as serious as adult patients. "It was the same during the outbreak of SARS and MERS. It may be because children have less social activity than adults and their exposure to risks is also lower," Zeng said.