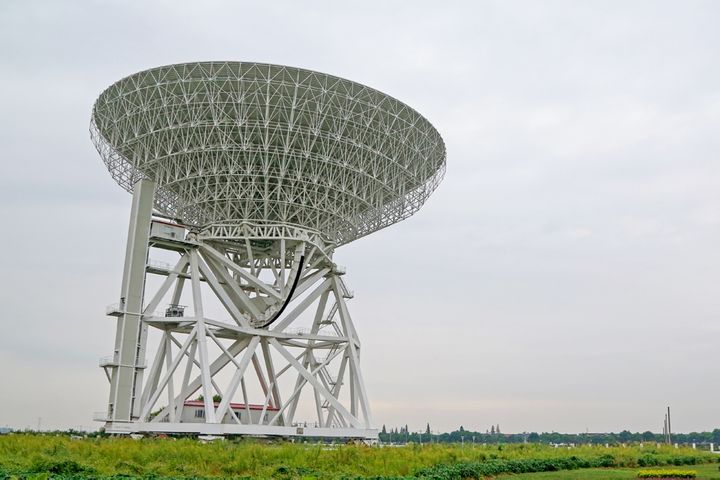 (Yicai Global) May 15 -- Asia's biggest radio telescope and Shanghai's tallest skyscraper have been honored with a special award by the Chinese city.

The system development team on the Shanghai 65m Radio Telescope project, also known as the Tianma Telescope, won this year's Shanghai Science and Technology Special Award due to its critical support for China's lunar and deep space exploration. A key tech team for the Shanghai Tower also took home the prize.

The 2018 Shanghai Science and Technology Awards, held by the municipal government today, presented 300 awards. This year's cash prizes totaled more than twice what they did last year, with the special award's payment doubling to CNY1 million (USD145,580).

Shanghai and the Chinese Academy of Sciences spent CNY200 million building the telescope, with CNY94 million coming from the city along with discounts for the land it stands on, the project's Chief Engineer Liu Qinghui said in an interview with Yicai Global.

Liu worked in Japan before joining the Shanghai Astronomical Observatory under the CAS. He returned to China in 2009 "because of the good research environment in Shanghai" and was accepted by the Pujiang Talent Program, which was set up in 2004 to attract overseas experts. Shanghai provided special financial support and organized activities to promote the exchange of researchers, Liu added.

Government programs were the main source of funds for this year's award-winning projects. Seventy percent of the 289 recipients of the Natural Science Awards, the Technology Invention Awards and the Science and Technology Progress Awards are involved in Shanghai's programs, greatly supporting the city's innovation.

Shanghai has issued many special policies in recent years to introduce high-end talent. A total of 175 academicians of the CAS and the Chinese Academy of Engineering have registered their homes in the coastal city. It also actively attracts foreign talent. Shanghai had nearly 100 overseas recruitment projects last year, luring more than 500 experts and providing CNY15 million in funds.

The 65-meter-wide Tianma Telescope is located in Shanghai's western Songjiang district and was completed in 2012. The 632-meter-high Shanghai Tower stands in Lujiazui, the city's financial center on the right bank of the Huangpu river. It started being built in November 2008 and was topped out four and a half years later.