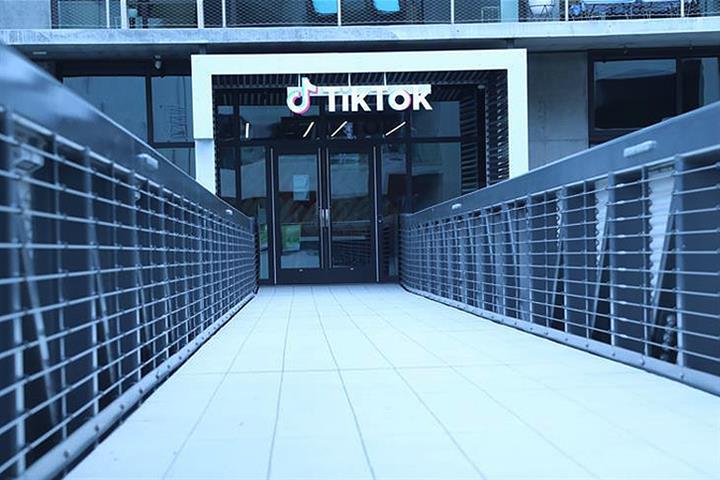 (Yicai Global) Aug. 23 -- The video-sharing social networking company TikTok confirmed on August 22 that it will file a lawsuit against the Trump administration over an executive order banning any U.S. transactions with its parent company ByteDance.

ByteDance announced later that the lawsuit will be delivered today.

Los Angeles-based TikTok said it started this move which has been rumored for weeks since it has no other choice.

"To ensure that the rule of law is not discarded and that our company and users are treated fairly, we have no choice but to challenge the Executive Order through the judicial system," a statement acquired by Xinhua read.

The U.S. authorities repeatedly accused TikTok, the popular app run by the company, of misusing data from U.S. users since last year, but the company maintains that its American data is housed in the country.

"Even though we strongly disagree with the Administration's concerns, for nearly a year we have sought to engage in good faith to provide a constructive solution," TikTok spokesman Josh Gartner said in the statement, arguing the executive order deprived it of due process.

"What we encountered instead was a lack of due process as the Administration paid no attention to facts and tried to insert itself into negotiations between private businesses," the statement said.

U.S. President Donald Trump signed an executive order on Aug. 6 blocking all transactions with ByteDance in an effort to "address the national emergency." However, the New York Times reported on Aug. 7 that even the Central Intelligence Agency assessed that there is no evidence showing China had intercepted TikTok's data or used the app to intrude into users' mobile phones.

Responding to the order, Chinese Foreign Ministry Spokesperson Zhao Lijian noted that the so-called "freedom" and "security" are merely excuses for the "digital gunboat policy" pursued by some U.S. politicians.

The order was to take effect within 45 days. On Aug. 14, the president signed another executive order, this time giving ByteDance 90 days to sell or spin off TikTok in the United States.

Besides the company's lawsuit next Monday, its U.S. employees are also planning to take the Trump administration to court over the executive order.