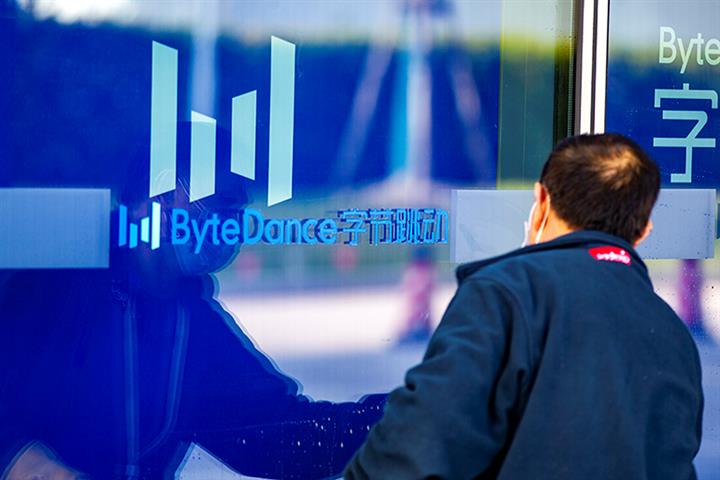 ByteDance Will Sue US Government If Not Treated Fairly, Firm Says

(Yicai Global) Aug. 7 -- TikTok operator ByteDance Technology will take the US government to court if it fails to treat it fairly, the world’s second-most valuable unicorn said on its WeChat account today.

“We will pursue all remedies available to us in order to ensure that the rule of law is not discarded and that our company and our users are treated fairly – if not by the Administration, then by the US courts,” the Beijing-based firm said.

ByteDance’s comments come in response to a further ratcheting up of pressure by the US government which, due to alleged national security concerns, has already ordered that the company find a buyer for TikTok’s US business by Sept. 15 or face a country-wide ban.

Yesterday President Donald Trump signed another executive order blocking all US transactions with ByteDance and fellow Chinese tech giant Tencent Holdings from Sept. 20 in order to “address the national emergency with respect to the information and communication technology supply chain,” according to US tech news website The Verge.

TikTok has sought to engage with the US government in good faith to provide a constructive solution to the concerns that have been expressed for nearly a year, ByteDance said. However, the Trump administration has paid no attention to the facts, has dictated the terms of an agreement without going through standard legal processes and has tried to insert itself into negotiations between private businesses, it added.

The "report" cited in the US executive order is of unknown or unproven origin and fears that the app "may be" used for misinformation campaigns are unsubstantiated, it said.

TikTok has never shared user data with the Chinese government nor censored content at its request, it added. It makes its moderation guidelines and algorithm source code available in its Transparency Center.

“We have even expressed our willingness to pursue a full sale of the US business to an American company,” it said. The tech giant is also considering moving its headquarters to London.

Short video app TikTok, known as Douyin in China, is a community full of creativity and passion. ByteDance has been building this platform for the long-term. TikTok will be here for many years to come, it added.